Ryan Theriot, currently a free agent, is considering hanging up the spikes to become an agent.

This, according to Henry Schulman of the San Francisco Chronicle, would certainly be an interesting (if not ironic) career choice for the infielder.

Theriot has played for the Cubs, Dodgers, Cardinals, and last year the Giants. He has been mostly a shortstop and second baseman, but has really taken a step back into being considered more of a bench player in recent years. 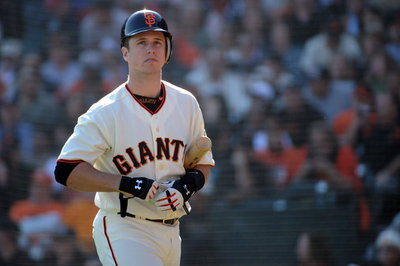 All the latest Giants news and notes.

Theriot was rumored to have some interest from teams such as the Rangers earlier in the offseason, but that appears to have fallen by the wayside. At this point he is likely looking at a deal to sit in Triple-A for someone, and provide depth if any Major League players go down.

Theriot would join the many players who have left the playing field for the agent's desk, but it is usually difficult for them to break into that field. One recent example of it is Gary Sheffield, who represents relief-pitcher Jason Grilli.