The veteran infielder's attempt at a comeback with Milwaukee has come to an end.

The Milwaukee Brewers released infielder Bobby Crosby from his minor-league contract on Monday, ending his bid at a comeback after two years away from the game, reports Adam McCalvy of MLB.com.

Crosby, 33, signed a minor-league deal with the Brew Crew in late January with the hope of restarting his injury-plagued career. The 2004 AL Rookie of the Year last suited up with the Pirates and Diamondbacks in 2010, but was released before the season was out. 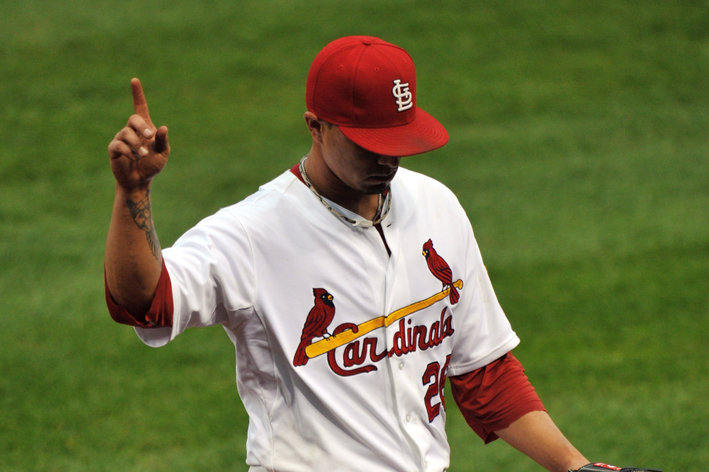 The free-agent right-hander could find a home in Milwaukee.

Sidelined by a thigh injury early in camp, Crosby appeared in just seven games for the Brewers this spring, hitting .188/.235/.250 with a double in 17 plate appearances. Brewers GM Doug Melvin said that the veteran may pursue another deal elsewhere, but his opportunities are probably few.

Crosby showed a lot of promise in his first full season (2004) of big-league ball, batting .239/.319/.426 with 22 home runs in 151 games for the Athletics, but was never able to stay off the disabled list long enough to match those numbers again. Over his next five seasons in Oakland, Crosby went to the DL seven times for a wide variety of injuries, only once more eclipsing the century mark for games played in a season.

The middle infielder moved on from Oakland following the 2009 season, getting a shot with Pittsburgh, but had completely lost his ability to hit for power by then, so didn't last long with the Bucs.