Boston's new shortstop continues to suffer from post-concussive symptoms following a blow to the head.

Troubling news out of Red Sox camp in Fort Myers, as shortstop Stephen Drew has been scheduled to visit with a concussion specialist in Pittsburgh, reports Evan Drellich of MLB.com.

Drew was hit in the helmet by a pitch on March 7 and has been dealing with concussive symptoms ever since. Manager John Farrell told Drellich that the symptoms are present even when Drew isn't doing anything stringent:

"He feels it even when he's not in that exertion mode," Farrell said. "He still feels some of the symptoms from the night of hit by pitch.

"While there's been some improvement, they're still present." 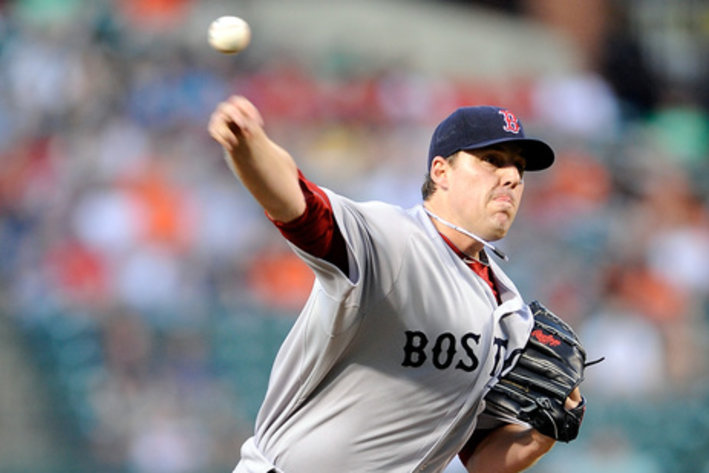 The Red Sox are on the lookout for starting pitching depth.

Unless Drew's symptoms subside significantly in the next couple days, he will visit with Dr. Michael Collins at the University of Pittsburgh, the same specialist who helped Brandon McCarthy and Brian Roberts in their recoveries from head injuries.

With Drew sidelined indefinitely, youngster Jose Iglesias is set to take on the starting shortstop role come Opening Day. The 23-year-old has always had the glove to man shortstop at the big-league level, but the Red Sox have been hesitant to put him at the position full-time because his poor production in the batter's box. Iglesias has shown a bit more pop in his bat this spring, but small sample size caveats abound.

If Iglesias doesn't pan out and Drew cannot recover quickly, the Sox can also turn to utility man Pedro Ciriaco, who started 11 games at short for them last season.