Scott Diamond is slated to start the season on the Twins' disabled list.

Earlier this winter, Minnesota Twins left-hander Scott Diamond was expected to be the team's Opening Day starter. However, he underwent surgery in December, and is now slated to start the season on the Twins' disabled list, according to Rhett Bollinger of MLB.com.

Diamond made a start during a minor league spring training contest yesterday. He told reporters after the outing that he would need more time to recover from an offseason procedure he underwent to remove bone spurs from his throwing elbow. The 26-year-old is hoping to make his regular season debut on April 12, which means he'll be on the DL for at least the start of the year. 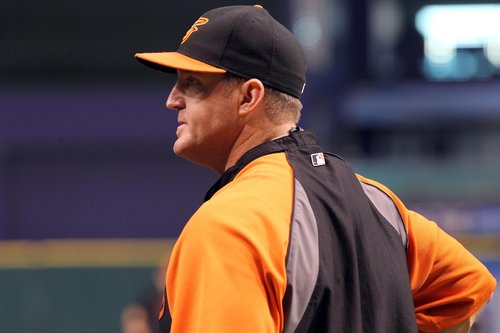 Diamond was the only in-house starter that the Twins were able to pencil into their 2013 rotation when the offseason began. They eventually acquired several arms -- including Vance Worley, Mike Pelfrey and Kevin Correia -- to help fill out the rest of their starting staff. Diamond was slated to take the mound in the season opener against the Detroit Tigers, but that opportunity is now expected to be passed onto Worley.

Diamond was one of the lone bright spots for the Twins last season. The southpaw maintained an ERA of 3.54 over 27 starts with a strikeout-to-walk ratio of 2.90.