San Francisco Giants third baseman Pablo Sandoval has been diagnosed with an irritated nerve in his right arm.

San Francisco Giants third baseman Pablo Sandoval has been diagnosed with an irritated nerve in his right arm, according to Henry Schulman of The San Francisco Chronicle.

Manager Bruce Bochy told reporters Sandoval has been officially diagnosed with ulnar neuritis, which is an inflammation of the nerve that runs through the elbow. He will receive treatment and rest and will be evaluated later this week.

Schulman notes that the tests Sandoval underwent that diagnosed his condition appear to have ruled out structural damage in his elbow. Bochy said he was told nothing of bone chips in the third baseman's ailing arm. 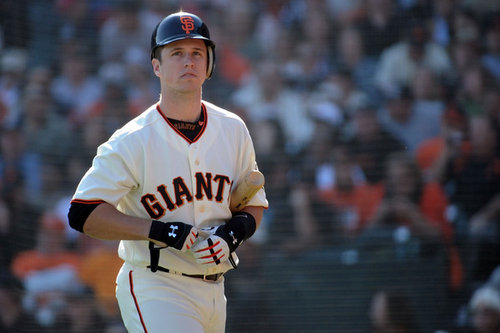 The Giants and Buster Posey are discussing a contract extension.

Sandoval has played so much lately between his time in Giants' camp and with Team Venezuela. For this reason, Schulman believes rest "is not the worst thing for the third baseman." While he may be sidelined for the next few days, the injury isn't expected to cause Sandoval to miss the start of the regular season.