Yankees rumors: New York still on the market for outfielders

Even after signing Brennan Boesch and Ben Francisco -- not to mention releasing Matt Diaz -- New York is still on the prowl for outfield help.

Share All sharing options for: Yankees rumors: New York still on the market for outfielders

The New York Yankees have been busy on the outfield market in the last week -- signing both Brennan Boesch and Ben Francisco -- and GM Brian Cashman believes they could add another before spring makes way for the regular season, reports Dan Martin of the New York Post:

"I’m open," Cashman said... "Opening Day’s not till a ways down the line. I’m keeping my eyes open elsewhere...

"[I was taught] to sift through the nuggets and separate the gold from the rest of the debris. We’re trying to get as much sifting as we can get and hopefully run into some gold."

Boesch, 27, is the first outfielder that the Bombers have inked to a big-league deal since re-signing Ichiro in December, so it seems likely that he (Boesch) will take on a significant role in the outfield at least while Curtis Granderson is out.

Tex out 'til June? 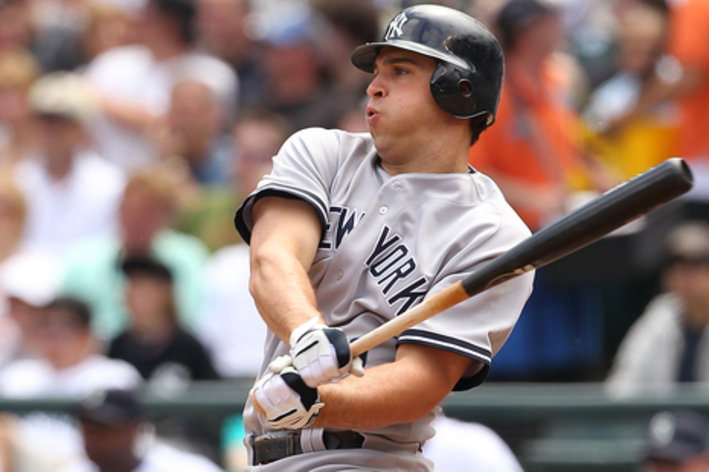 With Boesch in the lineup, however, the Yankees still have the issue of needing a right-handed outfield bat to complement their lefty-heavy outfield, and that may be where Cashman looks to "run into some gold." With veteran Matt Diaz's release earlier this week, New York now has three primary, in-house candidates to nab the righty outfielder spot: non-roster invitees Thomas Neal and Juan Rivera, and prospect Melky Mesa -- none of whom project for great things.

While the outfield market is stretched pretty thin at the moment, things could open up as Opening Day nears and teams trim their rosters down to 25 guys.