Oakland Athletics closer Grant Balfour made his first appearance of the spring yesterday during a minor league exhibition contest.

Oakland Athletics closer Grant Balfour made his first appearance of the spring yesterday during a minor league exhibition contest. Following the outing, Balfour told reporters, including Jane Lee of MLB.com, that his knee felt "fine."

Balfour underwent minor surgery on his right knee roughly one month ago. His recovery has gone smoothly, and he's expected to be available when the regular season begins.

Taking his first step toward being ready for Opening Day, Balfour logged one inning of work during a minor league contest yesterday. He threw 17 pitches, while allowing a "couple of hits and runs," according to Lee. He also struck out one and recorded two fly-ball outs during his single frame of work. 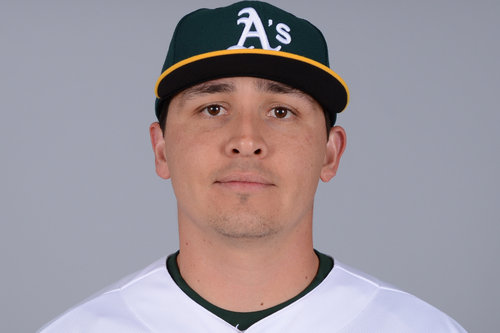 While it wasn't a spotless outing, Balfour told reporters that he "didn't feel anything" wrong with his knee. He's focused on getting his arm going, at this point, acknowledging that he'll be "getting ready and going through those speed bumps" he gets prior to the start of the regular season. Lee adds that the right-hander is a notoriously slow starter.

Balfour joined the A's prior to the 2011 campaign, and he maintained an ERA of 2.53 over 75 appearances while compiling 24 saves last season. The 35-year-old owns a career ERA of 3.38 with a strikeout-to-walk ratio of 2.46 over nine years in the majors.