The Rangers are not interested in trading shortstop Elvis Andrus.

General manager Jon Daniels indicated to Peter Gammons of MLB Network that the Texas Rangers are not interested in trading shortstop Elvis Andrus.

It was recently reported by Jon Heyman of CBS Sports that the Rangers would look to trade Andrus next offseason if they were unable to reach a long-term contract extension with the shortstop. Considering Texas reportedly isn't overly optimistic about reaching an agreement with Andrus -- a Scott Boras client -- a trade appeared to be on the horizon, based on Heyman's report.

However, Daniels told Gammons that Texas isn't interested in breaking up their "strengths." He feels one of the team's "biggest strengths is the left side" of the infield, which includes Andrus and third baseman Adrian Beltre. 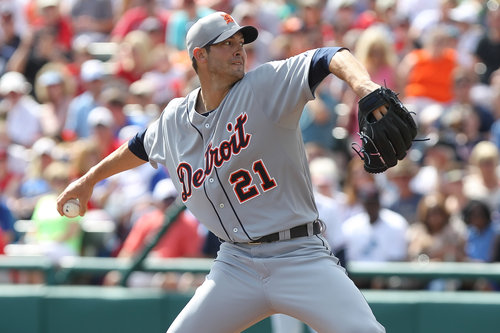 Texas is targeting a starting pitcher.

Despite Daniels' comments, trade rumors involving Andrus will likely continue considering the presence of top prospect Jurickson Profar. With Profar in the fold, the Rangers are better suited than most to trade away their young regular at short.