The St. Louis Cardinals have released shortstop Ronny Cedeno, according to Derrick Goold of The St. Louis Post-Dispatch. Goold heard from Cedeno that the Cardinals told him they were "going in a different direction."

The Cardinals signed Cedeno to a one-year, $1.15 million contract in late January, a deal that included another $850k in performance bonuses. The veteran infielder was competing for a bench role with the team. 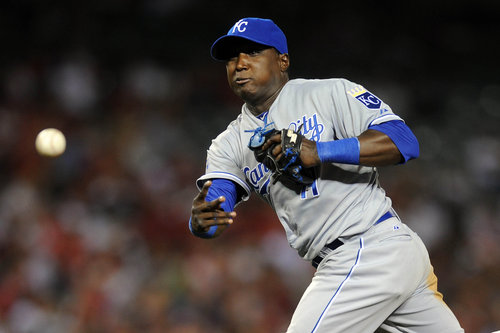 After shortstop Rafael Furcal went down with a season-ending elbow injury earlier this spring, there was speculation that Cedeno could see significant time at the position this season.

However, St. Louis has decided to move forward with second-year man Pete Kozma as their regular at short. Cedeno's release means the Cardinals are comfortable with Daniel Descalso backing up Kozma while handing their final bench spot to Matt Adams.