The Los Angeles Angels have once again shut down right-hander Ryan Madson.

The Los Angeles Angels have once again shut down right-hander Ryan Madson after the closer experienced tightness in his surgically repaired throwing elbow, according to Alden Gonzalez of MLB.com.

Madson has been recovering from Tommy John surgery -- a procedure he underwent last April -- throughout the offseason. He was shut down for six weeks due to an elbow issue that sprung up earlier in camp, and he's once again listed as day-to-day while the Angels monitor his recovery.

After throwing off a mound last Thursday, Madson once again experienced discomfort in his throwing arm. He's felt "normal" over the past two days, as he noted the pain has subsided considerably. However, he's been limited to throwing off flat ground and isn't sure when he'll register another bullpen session. 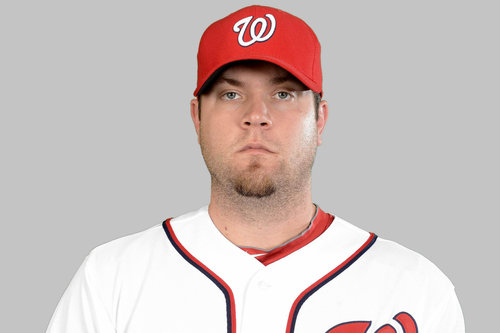 Is Hank Conger at risk of losing his backup job?

Manager Mike Scioscia told reporters that he expects Madson to return to the mound in the next few days. The skipper summed up the tightness his closer is experiencing as "the normal progression of the final stages of rehab." Gonzalez notes that Madson is slated to start the regular season on the disabled list and isn't expected to recover in time to appear in any spring training games.

Los Angeles signed Madson to a one-year contract with a base salary of $3.25 million this offseason. The deal includes additional bonuses that can reach up to $3.5 million.