The Tigers shunned the free agent closer market to go with rookie Bruce Rondon this season, but they are starting to see the risk in that plan.

The Tigers made it all the way to the World Series last season, in spite of closer Jose Valverde’s considerable struggles. With the veteran reliever still on the free agent market, the Tigers are proceeding with their plan of using 22 year old Bruce Rondon as their closer, even if that idea makes manager Jim Leyland nervous, as Lynn Henning of the Detriot New suggests.

Rondon is the top pitching prospect in the Detriot system and Baseball ranks him 95th overall. Last season, he threw 53 innings in relief on his way from High-A to and recorded 29 saves with a 1.53 ERA, but he has yet to throw a pitch in the major leagues. 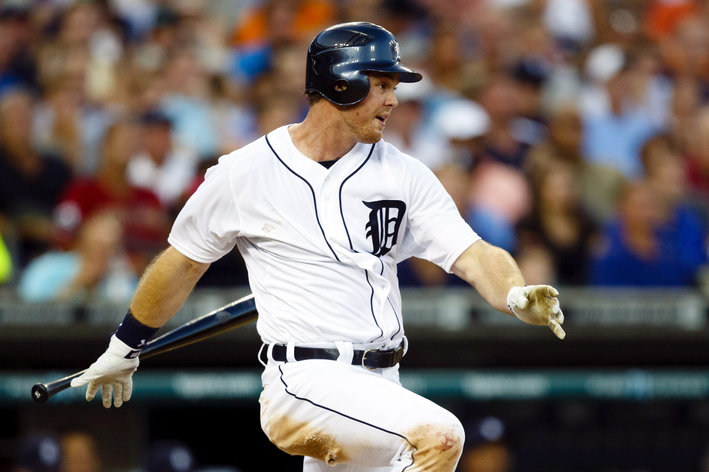 Detroit Tigers outfielder Brennan Boesch doesn't have a clear role with his current team, making him a candidate to be traded this spring.

He has absolutely elite fastball velocity, occasionally hitting 103 mph and sitting comfortably at 97-100 mph. His secondary stuff is still developing but both his slider and change up are thought to have solid potential. Weight has been an issue for him, however, and Baseball reports that he topped 300 lbs in 2012. That could limit his durability during the 2013 season.

The other issue that Rondon has to overcome is his control. He can blow batters away with his fastball and fool them with his slider and change giving him the kind of strikeout abilities that team’s want in a closer. Yet, while , he has struck out more than a batter per inning in five minor league seasons, but he has also walked 5.1 per nine. His control improved some in 2012- he walked just 4.4 hitters per nine overall, but he will have to be even better than that to succeed as the Tiger's closer.

Henning suggests that manager Jim Leyland is supportive of the Rondon-as-closer-plan but that he is also more concerned with the risk than GM Dave Dombrowski. Should Rondon falter, will have Phil Coke, who was the Tigers closer during the ALCS against the Yankees and during the World Series, and Joaquin Benoit to fall back on. However, the Tigers bullpen was not a strength last season and any such shift will create a hole in the earlier innings.

The closing job in is Rondon’s to lose right now, but the Tigers recognize the risk in their plan more and more as the season approaches and that could lead them back to the free agent market.