Mariners rumors: Seattle to be active at trade deadline

Whether in contention or not, the M's are likely to be busy when July rolls around.

Share All sharing options for: Mariners rumors: Seattle to be active at trade deadline

The Seattle Mariners added a lot of veteran guys on one-year leases this winter, and have several promising prospects waiting to take over in the wings, so the M's is probably going to be active on the trade market in July whether they're winning or not, writes Larry Stone of the Seattle Times:

More M's: A Matter of Time

The Mariners are still a team in transition.

They should be major players at the trade deadline, whether things go well or not. If the season falls apart, many of those would-be free agents would be obvious trade fodder.

And if they are able to integrate some of their prospects into the lineup/rotation/bullpen, many of those would-be free agents would still be expendable.

Kinney out for Opening Day 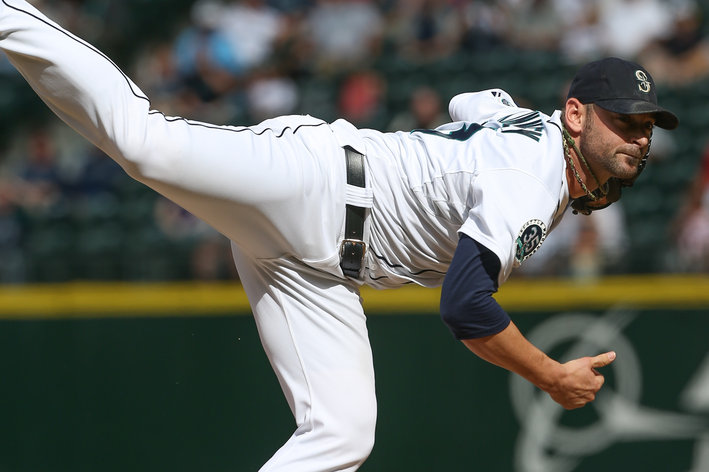 The middle reliever is dealing with a rib injury and has been shut down indefinitely.

Potential trade candidates -- all of whom are on one-year deals and are headed for free agency -- include new additions Kendrys Morales, Mike Morse, Joe Saunders, and Raul Ibanez, along with a few incumbent players like Brendan Ryan and Oliver Perez.

Stone believes that many of the above-mentioned players are simply "place-holders," meant to hang onto roster spots until the team's prospects reach the point in development where they can take over. As in any system, the timeline for each prospect is different, but many -- like Danny Hultzen, Mike Zunino, and Nick Franklin -- could find their way onto Seattle's roster by midseason if all goes right.

If even just a few of the veteran guys can put up strong first halves, and if the young guys develop as planned, then the Mariners should be able to get a pretty good return on their short-term investments. Those are some big "ifs," though.