The White Sox could trade Gavid Floyd over the summer, or perhaps even not at all.

While be believes the Chicago White Sox could consider trading right-hander Gavin Floyd closer to the summer trade deadline, Bruce Levine of ESPN Chicago doesn't get the sense that the starting pitching will be moved before then.

Levine thinks Floyd could be dealt at the deadline -- depending on how the White Sox start the season -- but he also admits that the team could elect to retain the veteran for the entire season. If Chicago finds itself in a pennant race, Levine notes that "too many things can happen to trade away veteran pitching depth."

Chicago hopes to add at deadline 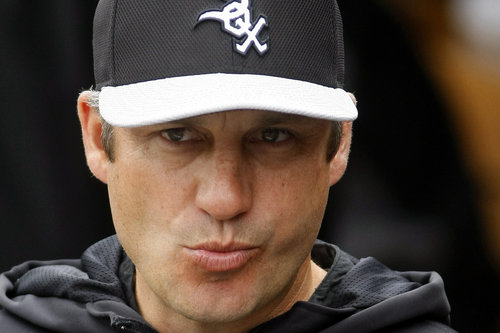 The White Sox could be major buyers at the trade deadline.

Floyd has been an extremely consistent starter for the White Sox since they acquired him from the Philadelphia Phillies in December of 2006. He's averaged over 30 starts per season with an ERA near 4.00 from 2008-12. Over nine seasons in the majors, he owns a career ERA of 4.46 with a strikeout-to-walk ratio of 2.32.