Stephen also notes that Greinke will be pitching at Camelback Ranch -- spring training home of the Dodgers -- and A.J. Ellis will be catching the right-hander.

Greinke was sent to have his elbow examined last week after experiencing discomfort in the joint. He was diagnosed with inflammation, though no structural damage was discovered. Doctors treated him with platelet-rich plasma and anti-inflammatory medication to reduce the swelling, and he was able to log a pair of bullpens over the weekend. 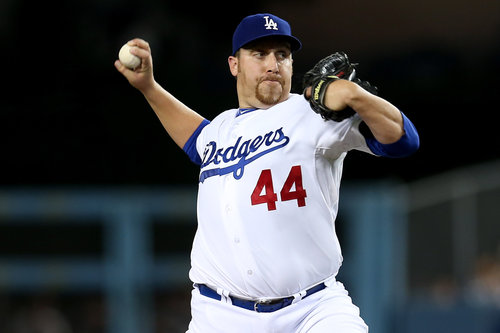 Wednesday will be the next test for Greinke -- who reported no pain or discomfort following his recent bullpen sessions. The Dodgers signed the 29-year-old to a six year, $147 million contract this offseason. He owns a career ERA of 3.77 with a strikeout-to-walk ratio of 3.51 over nine seasons in the majors.

Following his recent setback, Greinke is now on schedule to make his Dodgers' regular season debut on April 5 against the Pittsburgh Pirates. He was initially supposed to take the hill during the second game of the season versus the San Francisco Giants.