General manager Kevin Towers told reporters that he may also discuss long-term deals with other D'backs players this spring.

It's been reported that the Arizona Diamondbacks are negotiating a contract extension with first baseman Paul Goldschmidt. General manager Kevin Towers told reporters -- including Jack Magruder of FOX Sports Arizona -- that he may also discuss long-term deals with other D'backs players this spring.

At this point, Magruder notes that Goldschmidt and starting pitcher Ian Kennedy appear to be Arizona's top extension candidates. Kennedy is under team control through 2016, while Goldschmidt won't hit the free agent market until 2018. Goldschmidt is pre-arbitration-eligible and has signed a one-year deal close to the league minimum. Kennedy -- who's in his first year of arbitration eligibility -- will earn $4.27 million in 2013.

Peralta back to Cubs 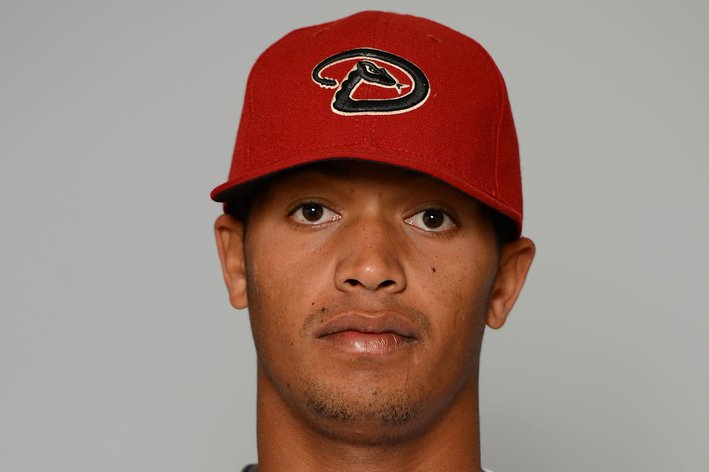 The D'Backs have sent the Rule 5 pick back to Chicago.

The D'backs approached Goldschmidt about a contract extension earlier this offseason, but the slugger told the team he'd prefer to wait at least one more year. The 25-year-old was impressive in his major league debut in 2011, and he followed it up with a solid full-season campaign last year. Over 587 plate appearances, he hit .286/.359/.490 with 43 doubles and 20 home runs.

Kennedy's 2011 season earned him Cy Young Award consideration. However, the 28-year-old followed that impressive campaign up with a 4.02 ERA over 33 starts in 2012. In six seasons in the majors, the right-hander owns a career ERA of 3.76 with a strikeout-to-walk ratio of 2.75.