Derek Jeter's inflammation may cause the Yankees' star to miss the start of the season and possibly even land him on the disabled list.

Everything seemed to be going just fine for the New York Yankees - wait, that's not true. The Yankees have been hurt by more spring injuries to star players than any team in recent memory. Now, they must contend with the possibility that Derek Jeter's surgically-repaired ankle simply was not ready for him to take the field. According to Mark Feinsand of the New York Daily News, the Yankees' GM Brian Cashman has not ruled out the possibility that Jeter could miss Opening Day.

"I can't rule it out until we see how the next 10 days goes. I just can't rule it out. We've got to do what's right for him. Whatever is right for him, it will be right for us. There's a reason Joe Girardi played Nunez at shortstop the entire spring. In the event that we ever have any issues as we move through this stuff, we'll have someone ready to go. I'm not saying he's going to be a DL, but I can't tell you he won't be." 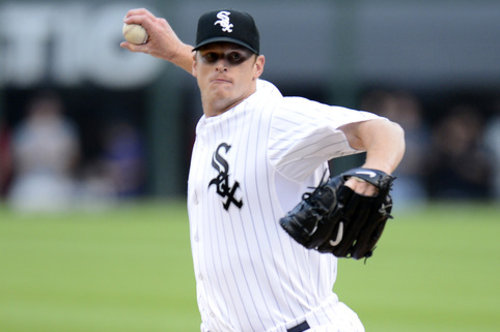 Gavin Floyd has found himself the source of trade rumors. What will happen with the White Sox starter?

These are the types of comments that should strike fear into the hearts of Yankees fans. Just this morning, we talked about the fact that Jeter would be listed as day-to-day with ankle inflammation. However, the X-rays came back negative. He'd be alright. Right? Looks like that might not be the case.

Jeter received a cortisone shot to help with the pain he's experiencing with the ankle, but as Feinsand reports, the team did not give Jeter the shot in hopes of preparing him for Opening Day. They will take it easy with veteran shortstop and see how his ankle responds over the remaining spring games.

Jeter fractured his ankle during the ALCS against the Detroit Tigers last October. He had been battling a bone bruise (or a small stress fracture, depending on who you believe), and the ankle finally gave out while he was making a play up the middle. The injury was significant and literally shifted the Yankees chances of advancing in the playoffs. Now, the team may have to contend with being without Jeter for longer than expected.

If Jeter is to miss Opening Day, it looks like Eduardo Nunez will get the call to replace the future Hall of Famer. Nunez hit .292/.330/.393 in limited action last season.