It was recently reported that the Houston Astros are willing to listen to offers on any of their players. While general manager Jeff Luhnow wouldn't term anyone untouchable, he told reporters -- including Brian McTaggart of MLB.com -- that he doesn't expect to trade starting pitchers Bud Norris or Lucas Harrell. 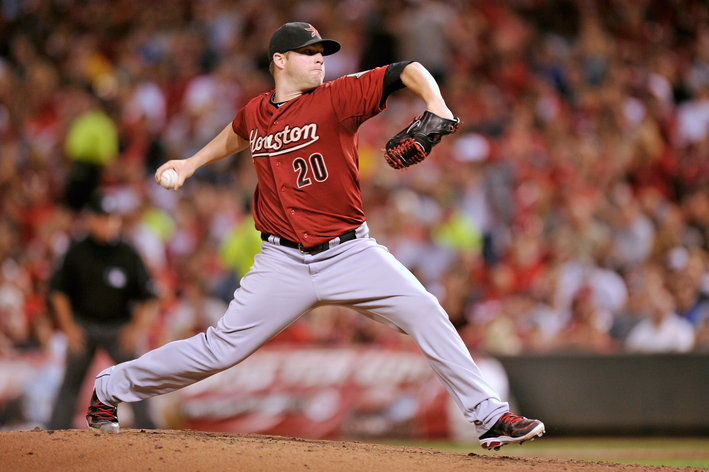 St. Louis has plethora of young, strong pitching, but that hasn't stopped them from looking at a pair of Astros starters.

Luhnow said Norris and Harrell are "such an important part" of the Astros that "it would take a significant offer to even consider" a trade.

Still, when it comes to the Astros, you can't rule anything out. McTaggart points out that Luhnow has completed over a dozen trades since taking over the team 15 months ago. He's whittled his veterans down to nearly none, as they only have three players -- Phillip Humber, Jose Veras and Carlos Lee -- on their 40-man roster that are over the age of 29.

Norris -- who's in his first year of arbitration eligibility -- is the team's highest-paid player, and he's set to make $3 million in 2013. The 28-year-old is under team control through 2016, and he owns a career ERA of 4.42 over four seasons in the majors.

Harrell won't be eligible for arbitration until 2015, and the 27-year-old won't hit the open market until '18. He started 32 games for the Astros last season, while posting an ERA of 3.76.