UPDATE - Ramirez has been diagnosed with a torn ligament in his thumb, an injury that will sidelined him for roughly eight weeks, according to Stephen.

Eric Stephen of SB Nation reports that Ramirez will undergo surgery on his thumb on Friday in Los Angeles. The procedure will be performed by Dr. Steve Shin.

It was reported yesterday that the Dodgers had received a potential injury time frame for Ramirez of two to 10 weeks, per Dominican Republic team doctors.

Roy Oswalt wants to pitch for a contender 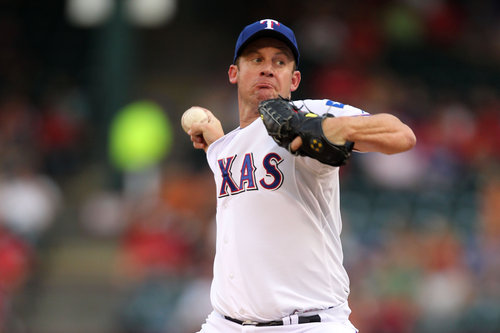 Roy Oswalt has been working out in hopes of returning. He would like to pitch for a contender.

A mild injury -- such as a sprain -- would have required Han-Ram to miss at least two weeks. Pending surgery would indicate the injury is more severe -- potentially a tear -- meaning the shortstop will likely require closer to 10 weeks of recovery time.

Ramirez sustained his injury while diving for a ball during the World Baseball Classic. He jammed his thumb on the infield and was eventually removed from the contest.

The Dodgers acquired Ramirez from the Miami Marlins last summer. While he spent a majority of last season manning third base, LA planned on using the 29-year-old as its regular at short this season.