Reds manager Dusty Baker isn't sure when Shin-Soo Choo will be able to return from back spasms.

Cincinnati Reds center fielder Shin-Soo Choo has now missed five spring training games after experiencing back spasms this weekend, and manager Dusty Baker isn't sure when the offseason acquisition will be able to return, according to C. Trent Rosencrans of The Cincinnati Enquirer.

More Reds: The 'pen is mightier

Baker told reporters that the Reds would like to get Choo back in a lineup withing a week of starting the regular season. However, the club's primary goal seems to be avoiding setbacks that would cost the 30-year-old additional time on the shelf. Baker noted that when it comes to back spasms and the back in general, "you're just guessing." 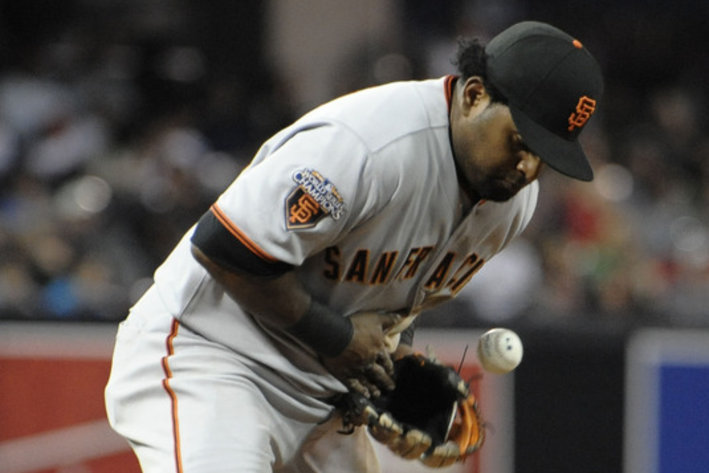 Choo's condition has been improving since he woke up on March 16 with back spasms. Still, the center fielder isn't ready to rejoin an exhibition lineup. The Reds open the regular season on April 1 against the Los Angeles Angels.

Cincinnati acquired Choo from the Cleveland Indians earlier this offseason in the three-team trade that also included the Arizona Diamondbacks. While he's only manned center field 10 times over his eight seasons in the majors, the Reds are planning on using him as their regular at the position, at least until top prospect Billy Hamilton is ready.