Dodgers rumors: team not pursuing outside options at third

Despite injury to Hanley Ramirez, the Dodgers are standing pat.

Share All sharing options for: Dodgers rumors: team not pursuing outside options at third

The Dodgers are exploring the market after the injury to Hanley Ramirez, reports Dylan Hernandez of the Los Angeles Times via Twitter.

The team currently plans to go with internal option Luis Cruz at shortstop, but it will be seen if he can provide sufficient value at the position. 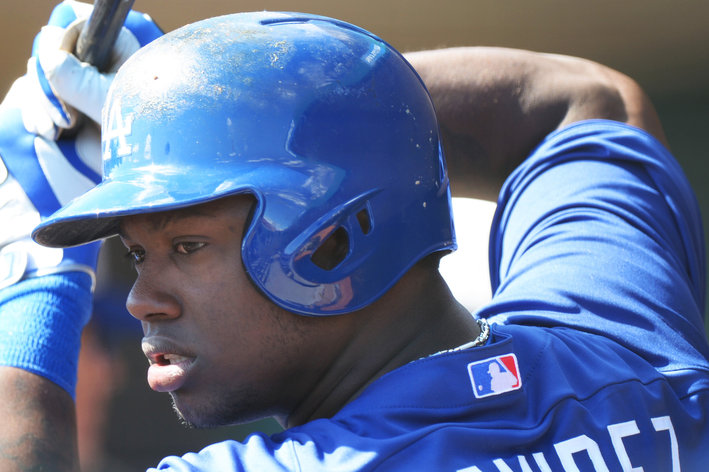 The team had been in pursuit of veteran Scott Rolen, but according to reports they do not intend to get back in on the veteran after the injury to Hanley Ramirez.

The Dodgers acquired Ramirez from the Marlins last summer in exchange for Nate Eovaldi. The team plugged him in, and he played relatively well for them down the stretch. They obviously have high hopes for this year, and Ramirez surely factors in.

There are also rumors flying around the Yasel Puig could potentially fit into the Dodgers Opening Day line-up, although that seems unlikely at best as the outfielder needs some minor league seasoning.

The Ramirez injury, coupled with the Greinke elbow problems, are not great starts to this Dodgers season.