The Tigers are listening to offers on Rick Porcello.

More Tigers: Rick Porcello's true trade value, and what we should expect in return

The team has been listening to offers on Porcello all Spring, with the Rangers and Padres mentioned recently as potential landing spots for the right-hander. 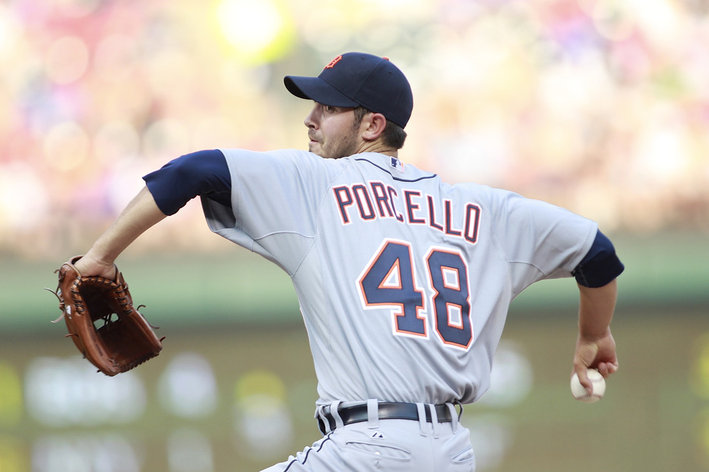 Padres, Rangers in on Porcello?

The team has reportedly not initiated any talks on the pitcher, but they have been actively listening. It appears as though a trade is likely, but the landing spot and return are yet to be determined. Porcello could be a nice acquisition for a team, as he is still young, yet relatively proven in the league.

The Tigers refuted reports that they had offered him to the Padres for either Luke Gregerson or Huston Street, as the team has remained adamant that they have not actually proposed a deal of their own for their young pitcher.

Dave Dombrowski, Tigers general manager, spoke very highly of Porcello in the report. He went as far as to call Porcello a "premium pitching prospect." While that may be overkill, it certainly isn't far off track.