Major League Baseball has filed a suit against Bosch and others connected to the clinic for "intentional and tortious interference" with contracts -- specifically the Joint Drug Agreement.

Along with Anthony Bosch and five of his Biogenesis associates, the league has also named a company called Biokem in the suit. The parties are accused of "intentional and tortious interference" with players' contractual obligations under the Joint Drug Agreement by providing them with banned substances.

Here are the the league's damages allegations, per HBT:

Due to Defendants’ actions, MLB has suffered damages, including the costs of investigation, loss of goodwill, loss of revenue and profits and injury to its reputation, image, strategic advantage and fan relationships.

Loss of goodwill and investigation costs, maybe. But revenue and profits?

Original 10:00 a.m. ET: Major League Baseball is planning to file a lawsuit sometime Friday against Anthony Bosch and others tied to Biogenesis -- the Florida clinic implicated in providing PEDs to up to 90 baseball players -- alleging that the clinic "damaged the sport" by providing the athletes with illegal substances, reports Michael S. Schmidt of the New York Times.

While the suit will seek first to recoup monetary damages from the clinic for the "harm" it's caused baseball, MLB officials are also hoping that the case will give them an avenue to get the documentation needed to hand out punishment to the players involved. 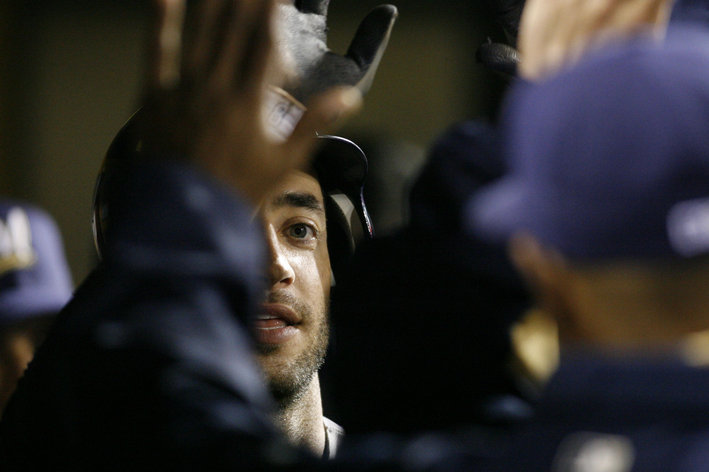 At least 90 baseball players have been named in the Biogenesis records, according to a report.

The league has had serious trouble gaining access to the evidence they need to justifiably suspend the players implicated in the Biogenesis scandal. MLB has not subpoena power, so it cannot force players into testimony, and the league's attempts to get documents from the government and the New Times -- who originally published the allegations -- have come up empty.

If the case is heard, the league's lawyers would then gain the power to subpoena clinic records and "compel depositions." It is not clear at the moment how many people connected to Biogenesis will be named in the suit, but at least clinic director Anthony Bosch and Juan Nunez -- who was Melky Cabrera's PED source -- are known to be part of the suit.

Now, I'm no lawyer, but I'm pretty dang sure that private companies aren't allowed to use the justice system as a means to their own ends. That's what MLB is doing here, are they not?

Let's hear what the actual lawyers have to say about this suit. Craig Calcaterra at HBT, for instance, was a lawyer in a past life:

This is a transparent and cynical attempt by Major League Baseball to obtain documents to discipline its employees, not an attempt to vindicate an actual legal injury, and courts do not like to be used in such a fashion.

For them to now, suddenly, tell a judge that this is really about redressing some legal injury it suffered at the hands of this little clinic is laughable in the extreme.

I don't know about you, but that doesn't sound to me like this is going to work out too well for the league. One of Schmidt's legal sources said that the suit "might have merit," but others were skeptical like Calcaterra.

So far MLB has been able to punish only one player -- minor leaguer Cesar Carrillo -- for his alleged involvement with Biogenesis, but it has become very obvious that the league is hell-bent on doling out scores more if they're able to get the information they need to do so.

If you're among those who just wanted this to go away so you could enjoy baseball season, it looks like that's not going to happen any time in the near future.