The veteran right-hander's opt-out clause goes into effect today, meaning Seattle must decide quickly whether Garland has a spot in the rotation or not.

The Seattle Mariners have the first three rotation spots locked in for Opening Day, but beyond that things get a little hazy. Whether they're ready or not, however, the M's will have to make a decision about one of the potential rotation candidates, right-hander Jon Garland, on Friday.

Garland, 33, has an opt-out clause in his minor-league deal with the Mariners that goes into effect today, reports Shannon Drayer of ESPN Radio. While Garland could choose to hang around a while instead of opting out immediately, it doesn't seem that the veteran is leaning that way:

"I think I have shown them everything I can," said Garland. "Now the decision is on them.

"There's a lot of young arms here that have proven themselves more than worthy so it's going to be a tough decision on them and there are a lot of factors that go into making the decision to keep me or not."

M's to be active in July 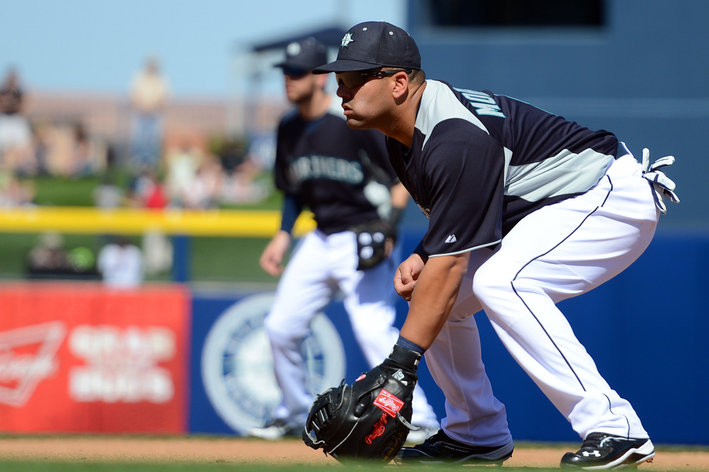 Whether they're winning or not, the Mariners are likely to be big movers at the July trade deadline.

Drayer adds that there have been "plenty of scouts" from other teams in attendance at Garland's starts this spring, and that there appears to be interest in the right-hander, so now the ball is in the Mariners' court.

Manager Eric Wedge said that he and the coaching staff would "get together" either Thursday night or Friday morning to figure out the Garland situation. Likely to come up is the fact that the tall right-hander hasn't pitched in a big-league game since June 2011 and is still on the road to recovery from major shoulder surgery.

Garland's main competition for a back-end rotation spot are young right-handers Blake Beavan and Erasmo Ramirez, who have both put together strong numbers this spring. For his part, Garland has posted a solid 2.25 ERA in 12 innings, but has just four strikeouts in that span.