Right-hander Jon Garland has exercised the opt-out clause in his deal with the Seattle Mariners.

UPDATE: The Mariners have officially granted Jon Garland his release, the team has announced.

The announcement also noted that first baseman Mike Jacobs has been cut from the roster as well.

ORIGINAL: Right-hander Jon Garland is expected to exercise the opt-out clause in his deal with the Seattle Mariners now that the team has indicated that there isn't room on the team for the veteran, according to Shannon Drayer of ESPN Seattle.

General manager Jack Zduriencik told reporters yesterday that -- at this point in camp -- the M's are unable to commit a rotation or even roster spot to Garland. Garland can opt out of his minor league deal today, and Drayer notes that it sounds "unlikely" that the right-hander will be back.

Garland's fate to be decided soon 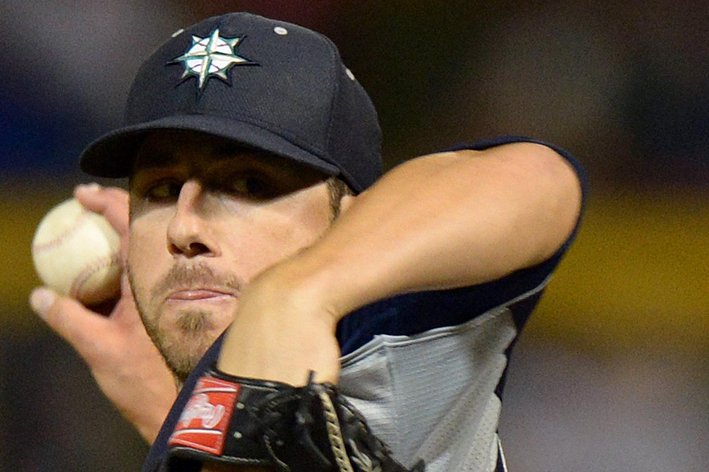 Jon Garland can officially opt out of his current contract on Saturday.

Garland signed a minor league deal with Seattle in February to add to the team's competition at the back end of the rotation. He's pitched well this spring, holding the opposition to three runs on 10 hits with five walks and four strikeouts over 12 innings this spring.

Despite Garland's impressive performance, it appears the Mariners will instead use one of their young arms -- including Blake Beavan, Erasmo Ramirez and Brandon Mauer -- to fill out their rotation beyond their starting three of Felix Hernandez, Hisashi Iwakuma and Joe Saunders.

Garland figures to catch on with another team after pitching well this exhibition season. He hasn't pitched in the majors since 2011, when he appeared in nine games for the Los Angeles Dodgers. He owns a career ERA of 4.32 with a strikeout-to-walk ratio of 1.61 over 12 seasons.