With the Rangers seeking middle infield depth, it appears that uber-prospect Jurickson Profar will start the season in the minors.

The Rangers are looking for a utility infielder to back up Ian Kinsler and Elvis Andrus, tweets Jon Heyman, which strongly implies that top prospect Jurickson Profar will start the season in the minors.

Profar is the top prospect in all of baseball according to Baseball America and MLB.com, but the Rangers may not want to rush the 20 year old shortstop. In 41 plate appearances this spring he is hitting a respectable .244/.354/.317, but the lack of contact and power could be a concern for the Rangers. 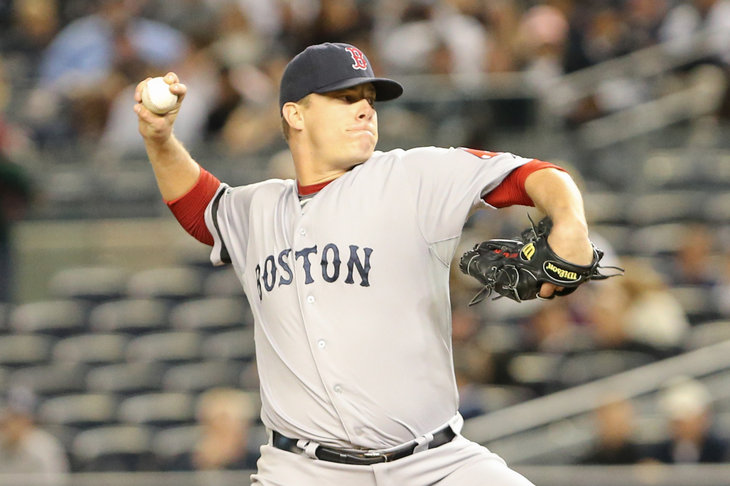 The Rangers may be interested in Red Sox reliever Andrew Bailey

His glove at short gets strong reviews from scouts thanks in large part to his precocious instincts for the position. However, with Andrus already at short, the Rangers have the luxury of giving Profar’s bat more time and controlling his service clock by keeping him in the minors for the first two months.

The Rangers could look to for help in the infield if they are not going to take Profar to with them. The Astros signed Ronny Cedeno today and are actively shopping utility infielder Tyler Greene as a result. Greene is a career .224/.292/.356 and his glove does not grade out well by defensive metrics, but he should come at a low cost. They have also been connected to free agent infielder Ryan Theriot in recent months

With the final cuts to 40-man rosters coming, the Rangers could see more options open up as teams make their final decisions on bench spots. With Profar and fellow prospect Leury Garcia around, they are not going to make any major deals to address this minor issue, but a minor league signing or a low-cost trade could certainly be in the works.