The Texas Rangers made a minor move today in claiming Brad Mills from the Angels. Mills will likely not make the Rangers' 25-man roster.

Brad Mills has 15 games of Major League experience…over four years. It's safe to say he's cut from the mold of career minor leaguer. However, the Rangers think he could add some depth to their system and occasionally be called up for brief action or as an injury replacement. The Rangers claimed Mills today from the Rangers says Alden Gonzalez of MLB.com.

Lone Star Ball: More on Mills being claimed by Rangers

Mills is out of minor league options so in order for the Rangers to assign him to the minors, he will have to clear waivers. It's unlikely the Rangers would add him to their 25-man roster. If Texas manages to get Mills to the minors, they could have a valuable "veteran" available to help them. Mills' four seasons of experience is worth considering despite the fact that he's only appeared in 15 games. 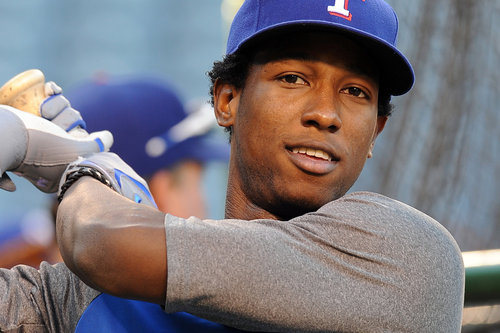 Based on the Rangers' desire to find a middle infielder, it seems Jurickson Profar is heading back to the minors.

The Rangers, according to T.R. Sullivan of MLB.com, placed Neftali Feliz on the 60-day DL to make room on the 40-man roster for Mills.