The tall right-hander may opt out of his minor-league deal with the Nats this week if he can get a better offer elsewhere.

Right-hander Chris Young is scheduled to start for the Washington Nationals on Monday, but may opt out of his minor-league deal after the game, reports Dan Kolko of MASN.

Young, 33, has an opt-out clause in his contract with the Nats that went into effect on Sunday, but the right-hander has decided to wait until after his start on Monday to make a final decision. 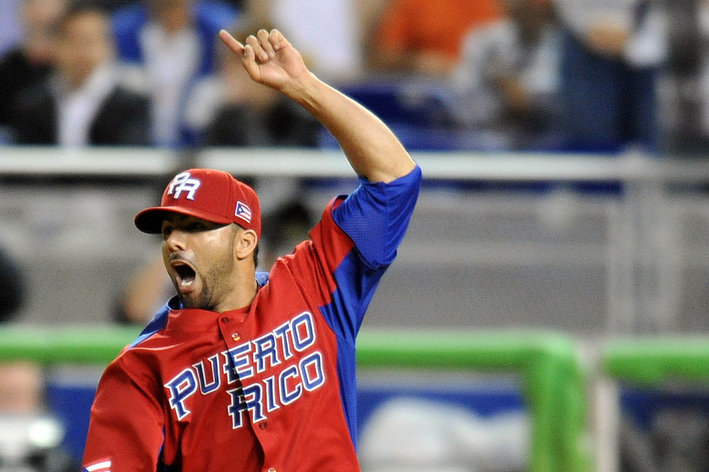 The veteran left-hander has a minor-league deal with D.C.

The Nationals view Young as their "clear best option" for the rotation should one of their starting five goes down, reports Adam Kilgore of the Washington Post, so there's still a chance he'll stay in the nation's capital.

Young is not expected to make the Nats' Opening Day roster, however, so if he is promised a spot on a 25-man squad elsewhere then he'll probably take it.

The tall right-hander is reportedly drawing interest from multiple teams, per Kolko, but only the Pirates have been named as a possible landing spot. The Bucs are "intrigued" by the veteran, but it's unclear whether they would guarantee him a roster spot for the entire year, reports Rob Biertempfel of the Pittsburgh Tribune-Review.

An extreme fly-ball pitcher, Young returned from shoulder surgery to post a 4.15 ERA and 6.3 K/9 rate in 115 innings over 20 starts for the Mets last year.