The Cardinals have still not ruled third baseman David Freese out for Opening Day.

Share All sharing options for: David Freese injury: Opening Day not ruled out

The St. Louis Cardinals were encouraged by results of an MRI taken of David Freese's back, and general manager John Mozeliak told reporters -- including Derrick Goold of The St. Louis Post-Dispatch -- that it's not out of the question that the third baseman will be in the team's Opening Day lineup.

The MRI did not show any damage to Freese's discs or back, just irritation and swelling. He will receive an anti-inflammatory injection today, which will sideline him for 48 hours. The Cardinals will see how he responds to the injection and if it's able to resolve the inflammation. 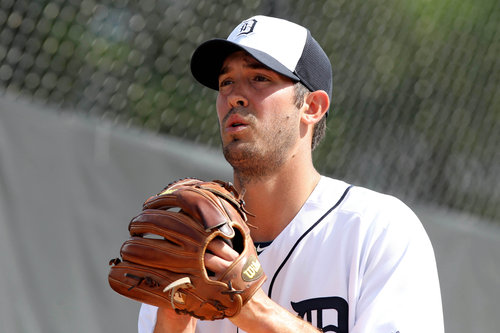 Freese's back was feeling better today, but he told reporters that he's still not sure what to expect as far as Opening Day goes. He continues holding out hope that he'll be healthy to start the regular season.