The Cleveland Indians have designated outfielder Ezequiel Carrera for assignment to make room on the 40-man roster for designated hitter Jason Giambi.

The Cleveland Indians have designated outfielder Ezequiel Carrera for assignment to make room on the 40-man roster for designated hitter Jason Giambi, the team has announced.

The Indians initially planned to free up a roster spot for Giambi by sending Frank Herrmann to the 60-day disabled list.. However, Cleveland apparently decided to switch gears and DFA Carrera instead. 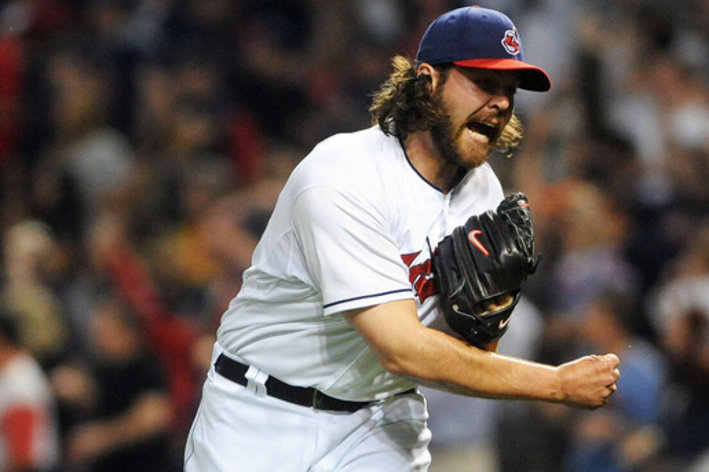 It's been reported for some time that the Tribe could consider trading Carrera, and Paul Hoynes of The Plain Dealer tweeted earlier tonight that Cleveland would in fact attempt to deal the outfielder.

Carrera would appear to be a solid extra outfielder for any club. He has the ability to play all three outfield positions and he provides speed off the bench. However, the Indians have three starters that are capable of manning center field, and this made Carrera redundant.

Someone is likely to offer Carrera a bench role, and the Philadelphia Phillies are one team that is seeking an additional outfielder as the regular season approaches.