Detroit has worked out a deal with Tampa Bay to keep the rights to Rule 5 Draft pick Kyle Lobstein.

The Detroit Tigers have retained the rights to Rule 5 Draft pick Kyle Lobstein by sending minor-league catcher Curt Casali to the Tampa Bay Rays, the team has announced.

More Tigers: Checking in on the Tigers' Rejects

Lobstein, 23, was selected by the New York Mets with the 10th pick in the December draft, then immediately traded to the Tigers for cash considerations. As a Rule 5 pick, Lobstein was required to remain on Detroit's 25-man roster for all of 2013 or be sent back to Tampa Bay. 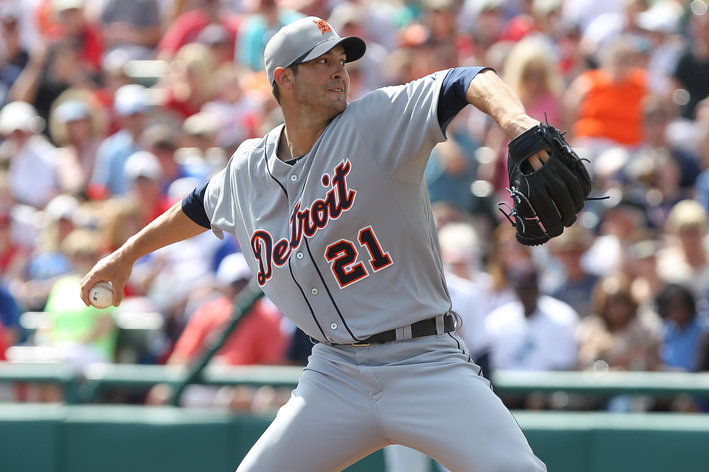 Time is running out for Detroit to deal the young right-hander. Will it get done before Opening Day?

By trading a player to the Rays -- thus retaining Lobstein's rights -- the Tigers can take the southpaw off the active roster but keep him in the organization. And Detroit has done just that, outrighting Lobstein to Double-A Erie after sending Casali to Tampa.

Lobstein spent all of 2012 at the Rays' Double-A affiliate, posting a 4.06 ERA and 8.6 K/9 rate in 144 innings (27 starts). The former second-round pick made seven appearances for the Tigers this spring, giving up 10 earned runs but also striking out 10 in 12 innings of work.