The Orioles will be without their platoon DH and backup corner infielder for at least 6-8 weeks. He may not need surgery.

An MRI taken on Wilson Betemit's right knee has revealed a Grade 2/3 tear of his PCL and "associated injuries," reports Roch Kubatko of MASN.

The veteran switch-hitter injured his knee during the seventh inning on Sunday while running the bases on a fly ball to left from Manny Machado. But instead of trotting back to first base easily when the ball was caught, Betemit collapsed in a heap near second base and had to be carted off the field. 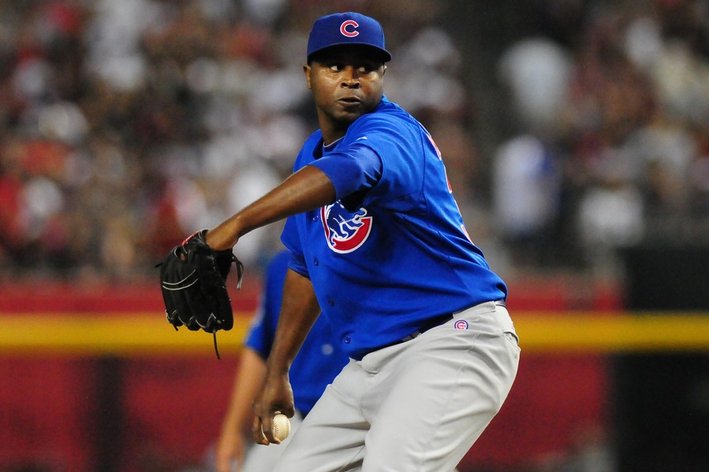 Baltimore has picked up the right-hander in exchange for a PTBNL.

When Betemit dropped on the base-paths, the Baltimore Orioles knew they weren't looking at a minor injury, but manager Buck Showalter was still hopeful that it wouldn't be too serious, per Kubatko:

"I'm hoping if it's the PCL, you've got a different dynamic, if it's not the ACL. You can rehab and there's no surgery. I'm hoping for even better than that. I don't think I'm going to get it, but I'm hoping it's the PCL."

Buck Showalter, part-time fortune teller. It is the PCL, and Betemit is "optimistic" that he will not need surgery. The veteran informed Kubatko on Tuesday morning that he will go the rehab and treatment route for now, and that he will be re-evaluated in six to eight weeks.

A team physician is reviewing the MRI results, and a more thorough diagnosis is expected some time Tuesday.

With Betemit out of the lineup indefinitely, Ryan Flaherty will likely break camp with the club. Playing time opportunities will also greatly increase for guys like Steve Pearce, Conor Jackson, and Russ Canzler, all of whom are prime candidates to fill in as a part-time 1B/DH.