Now that Kyle Lohse is finally off the market, Scott Boras can turn his attention to his two other high-profile clients still without contracts: Jose Valverde and Francisco Rodriguez. The uber-agent believes that both veteran relievers will sign on with new clubs soon, reports Ken Rosenthal of FOX Sports, and at this point perhaps we should just take Boras's word for it.

More Baseballing!: Kyle Lohse Does So Many Things...

Other than the speculation that swirled around Valverde returning to the Tigers when Bruce Rondon struggled early on in camp, the rumor mill has been awfully quiet for both players this offseason. K-Rod got some brief face time for Venezuela in the World Baseball Classic -- striking out two in 2⅓ -- but has been essentially off the radar otherwise. 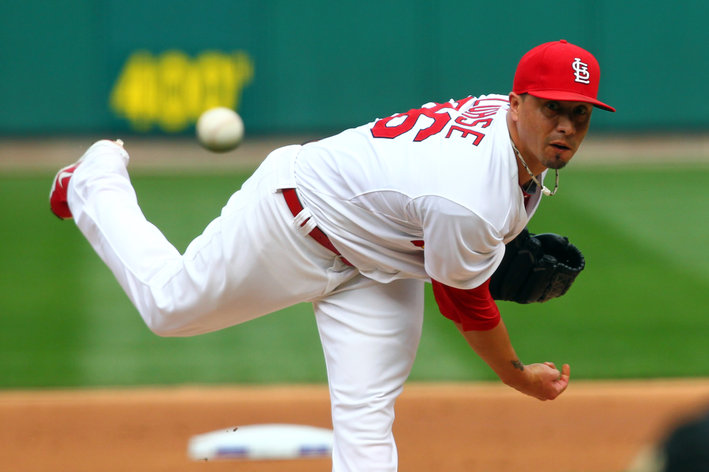 The Brew Crew has finally brought the Kyle Lohse sweepstakes to an end, signing the right-hander to a three-year, $33 million deal.

Valverde, 35, is just one season removed from a fifth place finish in the AL Cy Young voting, but is coming off a terrible postseason, which may be more fresh in the minds of prospective suitors. Boras told Rosenthal that Valverde had lost 18 pounds and was regularly hitting 93-95 miles per hour on the gun, but that may not be enough for teams to overlook his strikeout rate, which plummeted all the way to 6.3 batters per nine last season (down from a high of 12.7 per nine).