The struggling southpaw will attempt to solve his command issues and regain his form at HIgh-A ball.

The Toronto Blue Jays have optioned left-hander Ricky Romero to their High-A affiliate in Dunedin, reports Shi Davidi of Sportsnet.

The move comes as a bit of a shock considering Romero was the club’s Opening Day starter the last two seasons, but his persistent struggles between then and now -- including four sub-par starts this spring -- have forced Toronto’s hand. 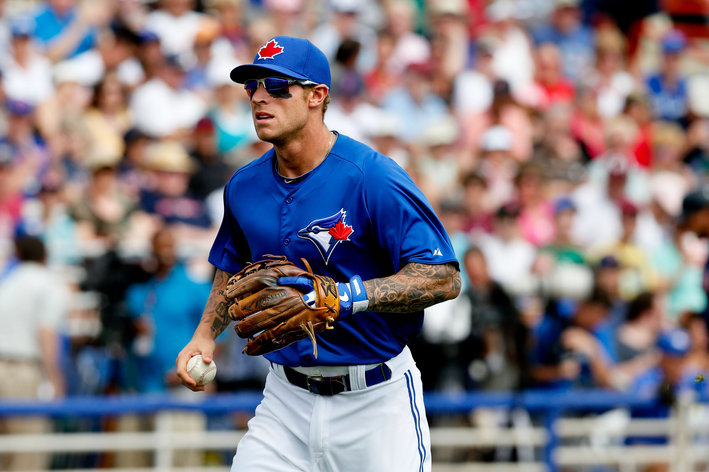 Toronto's third baseman will start the season on the disabled list with a strained rib cage.

Once the season began, however, it became evident that something was amiss. Romero was never among the league leaders in walk rate, but by the end of May he had lost his control completely. The southpaw tried to turn things around on the job -- staying in the rotation for the remainder of the year -- but things just got worse.

Any hopes that Romero would right himself over the winter were quickly dashed by his performance this spring. If anything, his numbers got worse. The left-hander made five starts in camp, walking 10 and striking out just eight while allowing nine earned runs in 13 innings of work.

Romero doesn't have to travel far to report for his minor-league assignment -- the Blue Jays' Spring Training facility is in Dunedin as well -- but I'm sure it feels like a long way for him. Fellow southpaw J.A. Happ will take the open spot in the rotation while Romero tries to figure things out in the minor leagues.