... and wearing a fine ensemble if I say so myself.

Share All sharing options for: This is Mike Trout swinging a bat at a beer can in April issue of GQ

One of the perks of running a baseball blog is receiving the occasional AMAZING media release. Some of them aren't awesome though -- the creepy doctors promising injury expertise in exchange for exposure, unfortunate team releases about unfortunate promotions, and one particular terrible video game company asking me to try [REDACTED] one more time. (Sorry guys, it's *horrendous*.)

But the one Gentlemen's Quarterly sent me this morning about their profile of Mike Trout got me.

First, I like Mike Trout's game a lot, which is to say I liked watching a once-in-a-lifetime talent break out in his rookie season.

Second, I love really over-saturated pictures of non-mortals doing basically mortal things, say swinging a bat at what looks like a can of Coors Banquet, wearing a bright pink/checkered button-up (rolled up sleeves), jeans that fit (no belt) and these boot things that are pretty much unlaced completely ... with bats hanging in the gun rack of an old-and-jacked-up Ford truck: 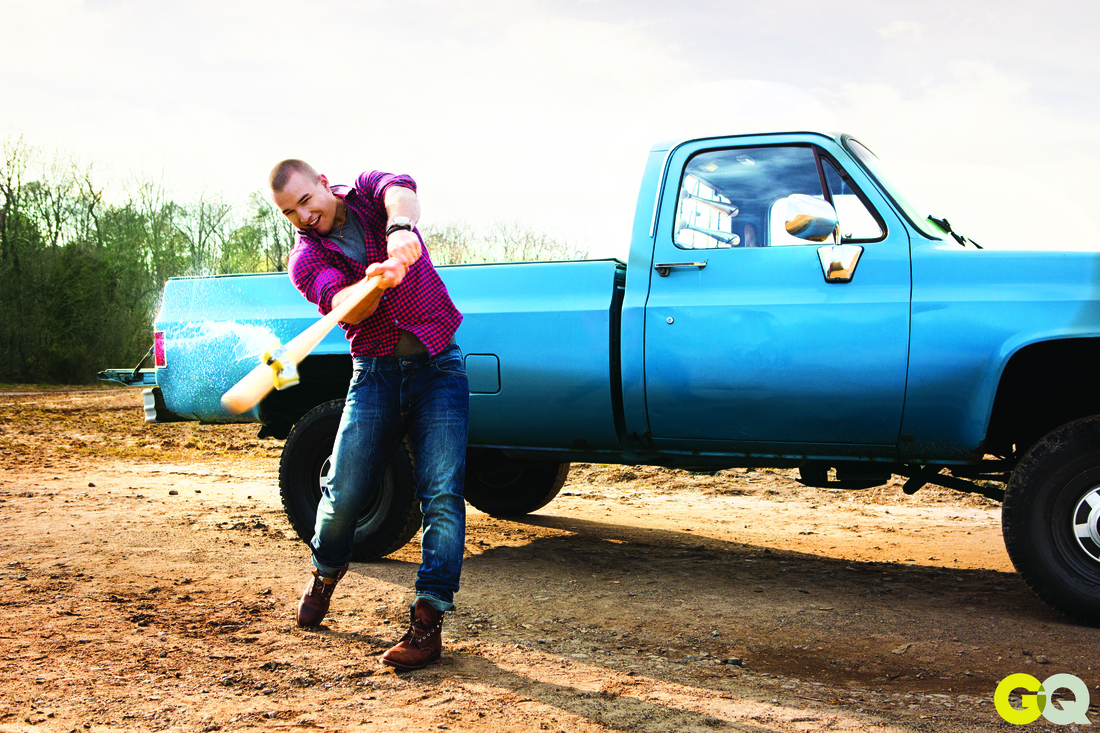 You know, the usual.

But most of all there's this fantastic story Trout tells about his rapid rise to fame and the messages he gets from former high school opponents:

“I get it a lot on Twitter, Facebook—these guys saying, ‘Remember me? I struck you out!’ Well, congratulations,” he says, laughing and realizing, passingly, that that is pretty awesome.

“You know, in my senior year, I went four games and never struck out. Then we were down in Lower Cape May against this guy who was throwing maybe fifty-five. All these guys on my team had hit a home run, and they were getting on me that I hadn’t hit a homer yet, or whatever.

So I get up there, and I strike out on three pitches. And the last one I swung at was over my head. I walked back to the dugout, and all the coaches and players were laughing at me.

No matter what I do the rest of my career, these coaches’ll say, ‘Remember that pitcher from Lower Cape May?’ There’ll always be that one game.”

Oh man. What would it be like for the high school guy that struck out Mike Trout on a pitch over his head? I'd keep that one in my back pocket forever.