The Halos have added their third righty reliever of the last 24 hours, sending New York cash considerations in return for Ramirez.

Share All sharing options for: Angels acquire Elvin Ramirez from the Mets

Ramirez, 25, is one of several farmhands that the Mets were hoping to clear off of their 40-man roster to make room for guys like LaTroy Hawkins, Scott Atchison, and Marlon Byrd. The right-hander made his big-league debut with the Mets last year, posting a 5.48 ERA, striking out 22 and walking 20 (!) over 21⅓ innings in a few brief bullpen stints. 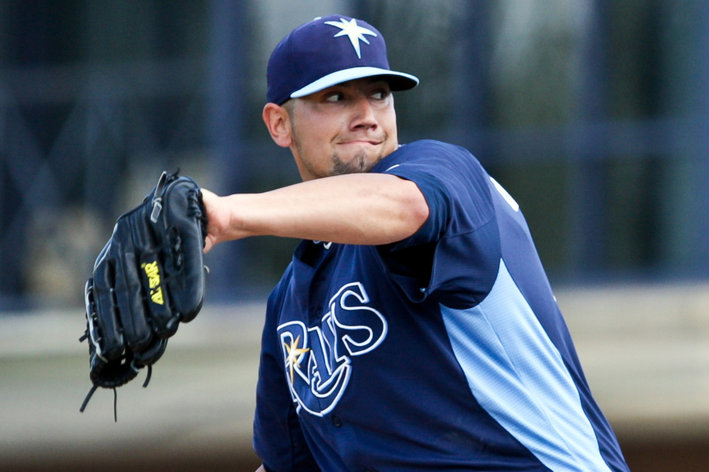 The Halos have acquired righty reliever Dane De La Rosa from the Rays.

High strikeout and walk numbers have been Ramirez's calling card throughout his time in professional ball, though not quite as extreme as in his short big-league stint. The right-hander posted a solid 2.13 ERA, 5.2 BB/9 rate, and 9.3 K/9 rate in 55 innings between Double- and Triple-A last season, and has a 1.62 K/BB ratio overall in six seasons of minor-league ball.

Ramirez will likely set up shop in the Halos' bullpen at Triple-A, but could make his way to Anaheim if someone in the big-league 'pen goes down with an injury (which is very likely).