The Bucs have designated the pair of players for assignment to clear up roster space.

The Pittsburgh Pirates have designated right-hander Hunter Strickland and first baseman Clint Robinson for assignment to make room on the roster for southpaw Jonathan Sanchez and infielder Brandon Inge, the team has announced.

Both players now have a little over a week to make their way through the waiver-wire gauntlet before the Pirates can assign them to one of their minor-league clubs. 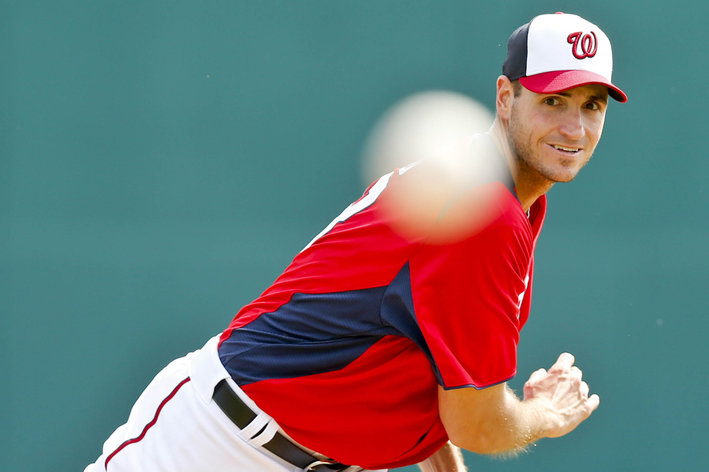 The Bucs may have interest new free-agent righty Chris Young.

Strickland, 25, has yet to pitch above Double-A, so it's likely he was added to the 40-man to protect him from December's Rule 5 Draft. If the Bucs liked him enough to protect him, then they're probably hoping he makes his way through waivers unclaimed.

The right-hander posted a 3.70 ERA, 6.0 K/9, and 2.4 BB/9 in 87⅔ between High-A and Double-A ball last year, moving to the bullpen full-time upon his arrival in Altoona. Strickland has never posted high strikeout numbers, but his ability to limit walks could make him a bullpen asset.

Robinson, 28, was acquired in a late-November trade with the Royals in exchange for right-hander Vin Mazzaro. The lefty slugger made his MLB debut with Kansas City, but got just four plate appearances (and no hits) before being sent back down. Robinson spent the rest of 2012 at Triple-A, where he hit .292/.393/.452 with 13 home runs in 131 games.

Given Robinson's age and his (very) limited MLB experience, he's not likely to be an impact player going forward, but that doesn't mean a club won't claim him on waivers for some added bench depth.