Texas has again parted ways with the former Orioles' first-rounder, this time likely for good.

The Texas Rangers have granted corner infielder/outfielder Brandon Snyder his unconditional release, the team has announced.

Snyder, 26, was signed to a minor-league deal with the Rangers in mid-December after being non-tendered by the club following the 2012 season. The righty slugger received an invite to play with the big-league squad in Surprise this spring, but was sent down to minor-league camp on March 19 after just 29 plate appearances. 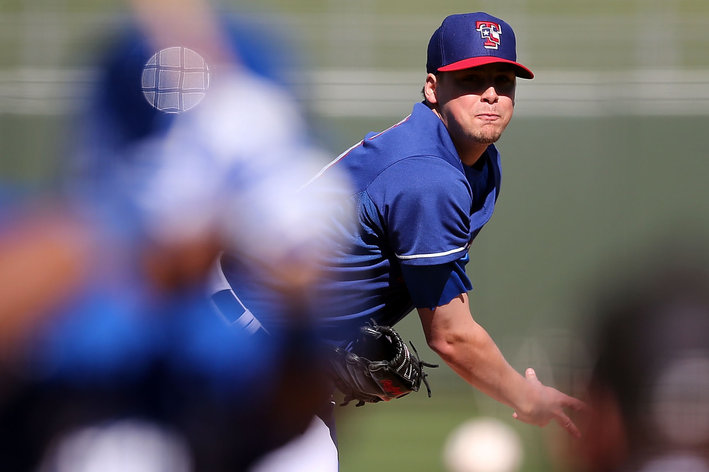 Texas has returned Rule 5 pick Coty Woods to Colorado and received Chris McGuiness back from Cleveland.

Originally purchased by the Rangers from the Orioles prior to 2012, Snyder performed well in his brief time in Arlington. He made it into 40 games for Texas last season, hitting .277/.309/.446 with three home runs in 69 plate appearances while splitting time between all corners of the diamond. Snyder was even asked to catch an inning for the Rangers, which went off without a hitch.

Selected by Baltimore with the 13th pick in the 2005 Draft, Snyder has performed well at all levels of pro ball and should be able to latch on with a new club on a minor-league deal if he wants. He fits the profile of a player who could have a lot of success in Japan or Korea, but as of yet there have been no rumors about Snyder looking to play abroad.