New York has parted ways the veteran, leaving a rather large question mark at first base with just a few days remaining before the regular season begins.

Rivera, 34, signed a minor-league deal with the Bombers in late January. The original plan was to have him compete with a handful of other right-handed bats for the club's final outfield spot, but in the end he spent much of Spring Training working at first base. 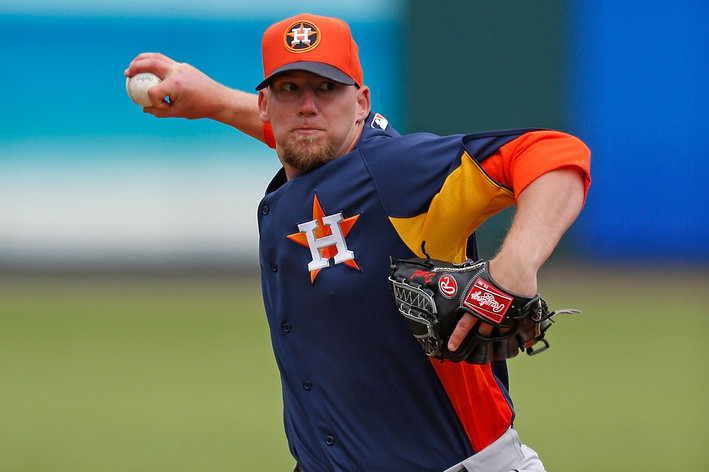 New York has claimed the right-hander off waivers from the Astros.

It was thought that Rivera would be a prime candidate to platoon at first with Lyle Overbay while Mark Teixeira recovers from his wrist injury, but apparently that is not going to happen. Just whom the Yankees plan to start at first base remains unclear, though Overbay now seems to be the front-runner.

Rivera got his start with the Yankees way back in 1996 as an amateur free agent out of Venezuela, and made his Major League debut with the club in 2001, but a return to the Bronx just wasn't in the cards. Rivera would have made a base salary of $1.2 million had he made the Opening Day roster, but now he has to hope he can strike a deal elsewhere.