Boston's shortstop is set to begin the season on the special seven-day DL designed for those recovering from concussions.

The Boston Red Sox have officially made a move that's been a few weeks in the making, placing shortstop Stephen Drew on the seven-day disabled list with post-concussion symptoms, the team has announced. 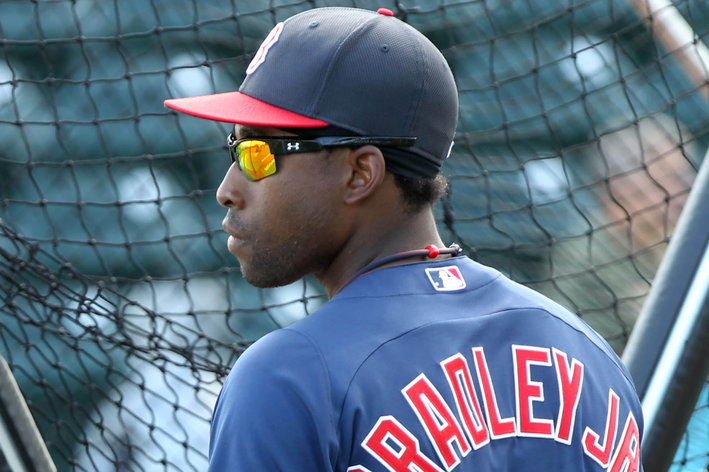 With Ryan Sweeney requesting his release, Jackie Bradley's chances of making the Opening Day roster are probably a bit better than "50/50."

The move is retroactive to March 27, which means that the Sox can activate Drew in time for the team's second regular-season game on April 3 against the Yankees if they determine he is fit to play. Activating him that early seems highly improbable, however, as Drew hasn't seen any real game action since being hit in the head on March 7.

Drew has taken part in batting and fielding practice since being cleared for limited activity last week, but is still suffering some concussive symptoms. Manager John Farrell was hesitant to give any sort of firm timeline for shortstop's return, which is probably for the better considering the mercurial nature of head-trauma injuries.

Drew will remain in Fort Myers to get some playing time in extended Spring Training, which begins Monday, while the rest of the team travels to New York City this weekend.

Youngster Jose Iglesias will take on the starting shortstop role in Drew's absence. The 23-year-old is seen primarily as a defense-first guy, but he put together surprisingly solid numbers with the bat this spring, hitting .297/.328/.453 in 68 plate appearances.