Arizona has come to terms on a $32 million deal with its young first baseman.

After about a month of back and forth, the Arizona Diamondbacks and first baseman Paul Goldschmidt have agreed to a contract extension, reports Jim Bowden of ESPN.

The deal will pay the young slugger $32 million over five years (2014-2018) and includes a $14.5 million club option for a sixth year, reports Ken Rosenthal of FOX Sports.

A five-year deal buys out Goldschmidt's two remaining pre-arb years, his three years of arbitration eligibility, and the his first year of free agency. The club can also hang onto him through his second year of free agency if they decide to exercise his option for 2019. 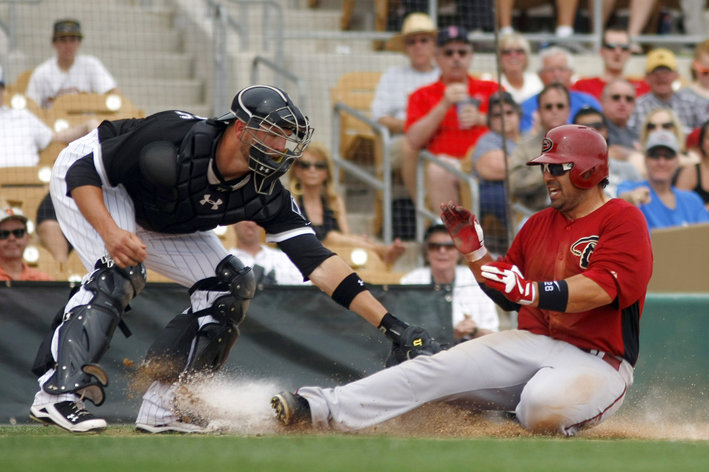 The year-by-year salary breakdown is still unknown, but we will update when the information becomes available.

The Diamondbacks had approached Goldschmidt about discussing an extension in February, but the young slugger opted to table the talks for a while. When Arizona broached the topic again earlier this month, Goldschmidt was much more receptive, and the two sides have been in negotiations for a few weeks.

The 25-year-old first baseman had a very solid 2012, batting .286/.359/.490 with 20 home runs in first full season with Arizona. If Goldy can put up similar production over the next six or seven seasons, this deal will be a boon for the D'Backs.