New York needs clear space on their 40-man roster, and Havens and Gorski seem to have drawn the short straws.

The New York Mets are planning to drop infielder Reese Havens and left-hander Darin Gorski from their 40-man roster in order to make room for a new non-roster invitees, reports Adam Rubin of ESPN.

The pair are expected to hit the waiver wire over the weekend, and if they pass through the process unclaimed then the Mets can assign them to a minor-league squad. Both players being dropped from the 40-man will give the club five open spots with which to work. 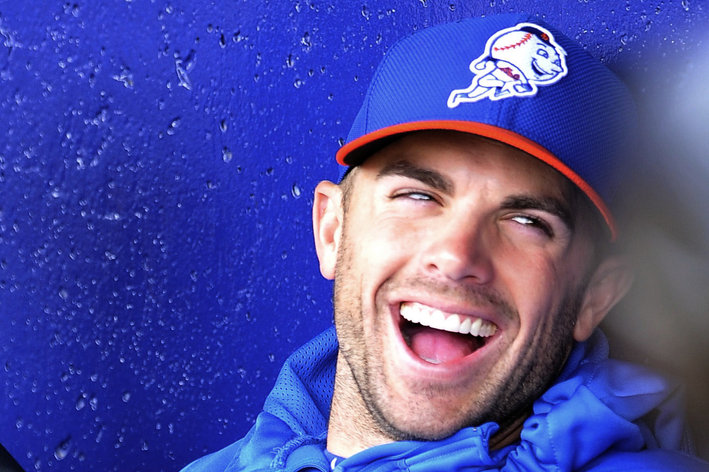 The Mets captain is likely to suit up on Opening Day, barring unforeseen circumstances.

Havens, 26, has spent most of the last three seasons at Double-A Binghamton, where his numbers have managed to only get worse over time. The 2008 first-round pick has dealt with a variety of back and oblique issues throughout his time in the minors, which probably goes a long way to explain his declining numbers over the last three years.

The 25-year-old Gorski, like Havens, has yet to see any playing time above Double-A. The southpaw was in Binghamton for all of 2012 and came away with pretty decent numbers, posting a 4.00 ERA and 7.6 K/9 rate in 139⅔ innings (24 starts). A sort of interesting but mostly irrelevant fact about Gorski is that he was drafted out of Kutztown University in Pennsylvania, which is also the alma mater of Ryan Vogelsong. So there's that.