The Baltimore Orioles have signed right-handed starting pitcher Freddy Garcia to a minor league contract, the team has announced.

Garcia struggled while working as a starter and as a long reliever for the New York Yankees in 2012, posting a 5.20 ERA in 107 innings with the Bombers. However, in 2011, he was a terrific value for New York, pitching 146 innings over 25 starts with a 3.62 ERA. Over 14 major league season, Garcia has a career 152-101 record and a 4.15 ERA in 2183 innings. He broke into the majors in 1999 with the Mariners and found immediate successs, going 17-8 with a 4.07 ERA and finishing second in the Rookie of the Year vote, behind Carlos Beltran. With Seattle in 2001, Garcia led the league in ERA and innings pitched and finished third in the Cy Young voting. 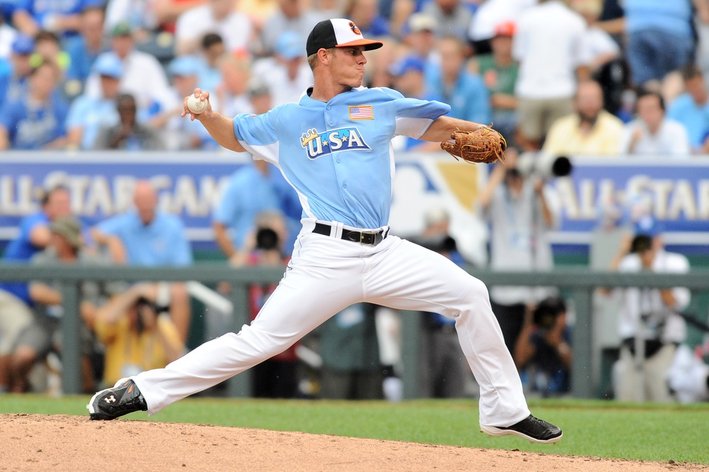 The 36 year old veteran gives the young Orioles staff some added depth at the minor league level. Last season, Baltimore pitching overall was sixth in the American League in ERA with a 3.90 mark, but their starters were just ninth with a 4.42 ERA. Starting pitching depth could be an issue for them at some point this year. Joe Saunders, who helped solidify the rotation down the stretch, signed with Seattle and injury concerns surround presumed fifth starter Chris Tillman. Baltimore has the top pitching prospect in baseball in Dylan Bundy waiting in the wings, but Garcia might help them hold off on calling up Bundy, giving the team a chance to manage his service time the way they want.