Miami has slotted the 20-year-old right-hander into the No. 5 slot in its Opening Day rotation.

In a surprise move, the Miami Marlins have purchased the contract of top prospect Jose Fernandez and placed him in their Opening Day rotation, reports Joe Frisaro of MLB.com.

More Marlins: Why to Watch the Marlins

He will make his MLB debut on Sunday, Apr. 7, at Citi Field against the Mets. 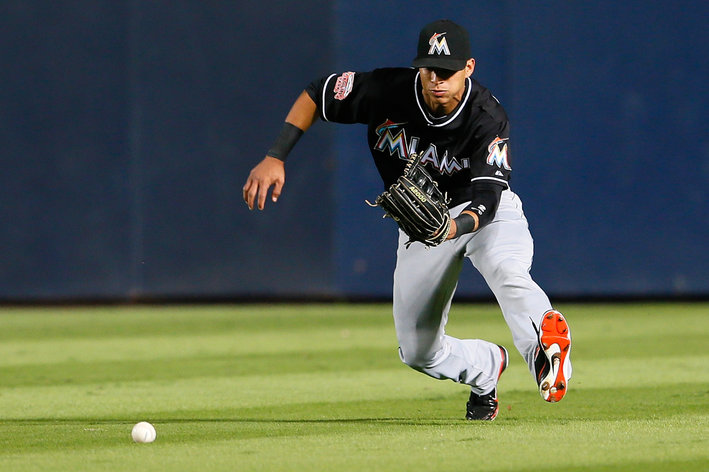 The Marlins are looking for trade partners for the young outfielder before Opening Day.

Just 20 years old, Fernandez is ranked by Baseball America as the No. 5 prospect in the game. It was thought that the young right-hander would begin the year in either Double-A or Triple-A, but shoulder injuries to Nathan Eovaldi and Henderson Alvarez--who are both now on the 15-day DL--have called for a slight change of plans.

Fernandez is now slotted into the No. 5 spot in the Marlins' rotation though he doesn't have a day's worth of regular-season experience above High-A ball. The right-hander absolutely dominated minor-league hitters at Low- and High-A ball last year, posting a 1.75 ERA, 10.6 K/9, and 2.4 BB/9 in 134 innings, so it's not hard to see why everyone is so high on Fernandez, but High-A to the majors is a rather large leap.

Frisaro reports the the Cuban prospect will be on an innings and pitch-count limit in light of his age and lack of professional innings. Team president Larry Beinfest stated that the frames limit will be between 150-170 innings, but didn't give a pitch-count number.