The Texas Rangers have increased their level of interest in free agent right-hander Kyle Lohse following Martin Perez's injury, according to Jon Heyman of CBS Sports.

Heyman notes that the Rangers' organization is split over whether or not to seriously pursue Lohse. While the coaching staff is in favor of adding the veteran, the front office appears to hold reservations considering the right-hander's hefty price tag. 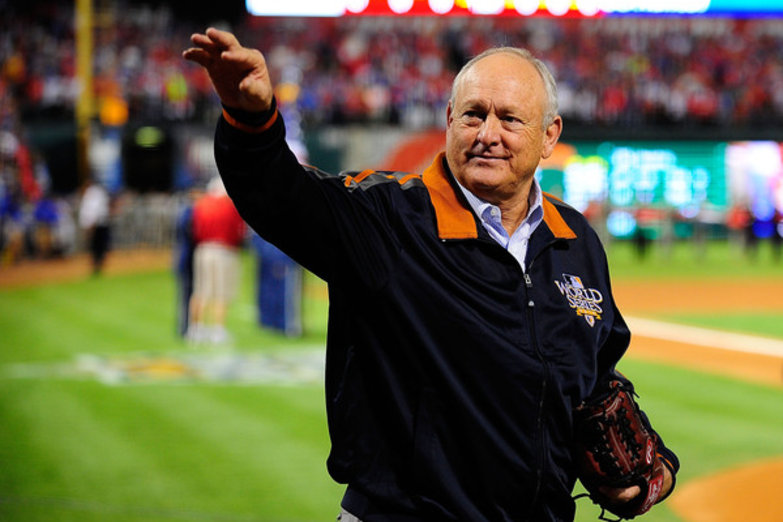 Nolan Ryan could part ways with the Rangers by the end of spring training.

At this point, the Rangers are poised to enter the regular season with a starting rotation that consists of Derek Holland, Yu Darvish, Matt Harrison and Alexi Ogando. They entered the spring with their No. 5 starter to be determined, and Perez was one of the leading candidates to fill the position.

However, Perez suffered a fractured arm over the weekend and will miss at least two months as a result of the injury. Texas has said it will first look to in-house candidates, including Robbie Ross, Randy Wells, Justin Grimm and Nate Robertson.

While they could continue on this path and select one of the four pitchers named above, the Rangers coaching staff seems to be in favor of adding a proven commodity such as Lohse. The right-hander certainly provides more experience than the others mentioned, and he's coming off the best year of his career.

Meanwhile, the team's front office is likely hesitant to add Lohse. There's no question he offers the team's rotation an upgrade, but he figures to come at a significant cost. Lohse's agent Scott Boras is reportedly seeking a three-year contract with a "big" average annual salary. Beyond the financial commitment, the team that signs the 34-year-old will have to surrender a high draft pick.