It's a little too late now, but the Colorado Rockies wanted Derek Lowe. Instead, Lowe signed with the Texas Rangers.

When an aging pitcher is looking for a home, they will often have to consider a minor league deal. At certain points in a player's career, their services are no longer guaranteed. Derek Lowe is one of those players. Earlier today it was reported that, he was nearing a deal with the Texas Rangers, but the Colorado Rockies were also showing interest in the 39-year old. Now, the deal with the Rangers appears to be finalized according to Jeff Wilson of the Fort Worth Star-Telegram, and the Rockies have missed out.

According to Troy Renck of the Denver Post, Lowe was one of the Rockies' targets. However, pitchers have less interest in signing a minor league deal with Colorado than they might elsewhere. The main problem is the team's competitiveness. The Rangers are likely going to contend for the American League West, but the Rockies will surely be fighting to stay out of the basement in the National League West. 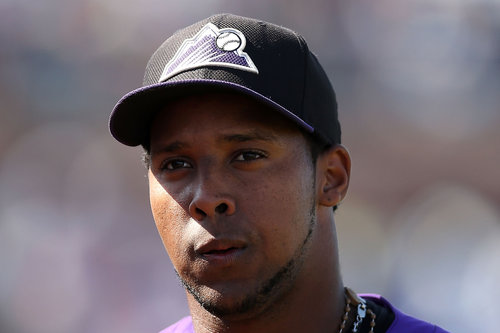 Forget about the command issues, the Rockies' starting pitchers say they'll get it under control by Opening Day.

As Lowe's career has progressed, he's been asked to pitch out of the bullpen. He did so last season, but Lowe wants to start again. He has been looking for a team willing to let him do that, and the Rangers are fit based on injuries to their staff. The Rockies would have also been likely to let Lowe start, but they did not have the allure of pitching for a potential contender. It's a problem the Rockies will continue to face until their rebuilding project is done - if it ever is.

Lowe is the type of pitcher who will plug a hole, but he can no longer be relied upon for production in a primary capacity. In most cases, a starter would be expected to at least add some win value to the club. For Lowe, he has -1.4 wins above replacement over his last two seasons.

Once one of the better pitchers in the league while with the Boston Red Sox and Los Angeles Dodger, the two-time All-Star has not posted an ERA under 4.00 since 2008.

Lowe will make $1.25 million this season if he makes the Rangers' roster. He will work out with the team starting Friday. Texas is in a position where they almost have to break camp with Lowe on the 25-man roster, but his production during the spring will be the ultimate deciding factor.