Spring Training is in full swing and a number of teams are making some important decisions about which players will round out their rotations or hold key relief roles.

Last week, we took a look at the position players battling it out for starting spots. Now we turn our attention to pitching. Spring training typically sees lots of pitching roles up for grabs, especially as injuries begin to take their toll. This year is no exception. A number of teams hoping to play meaningful games this fall are trying to make important decisions right now.

Here are some of the best pitching battles playing out tin camps this spring: 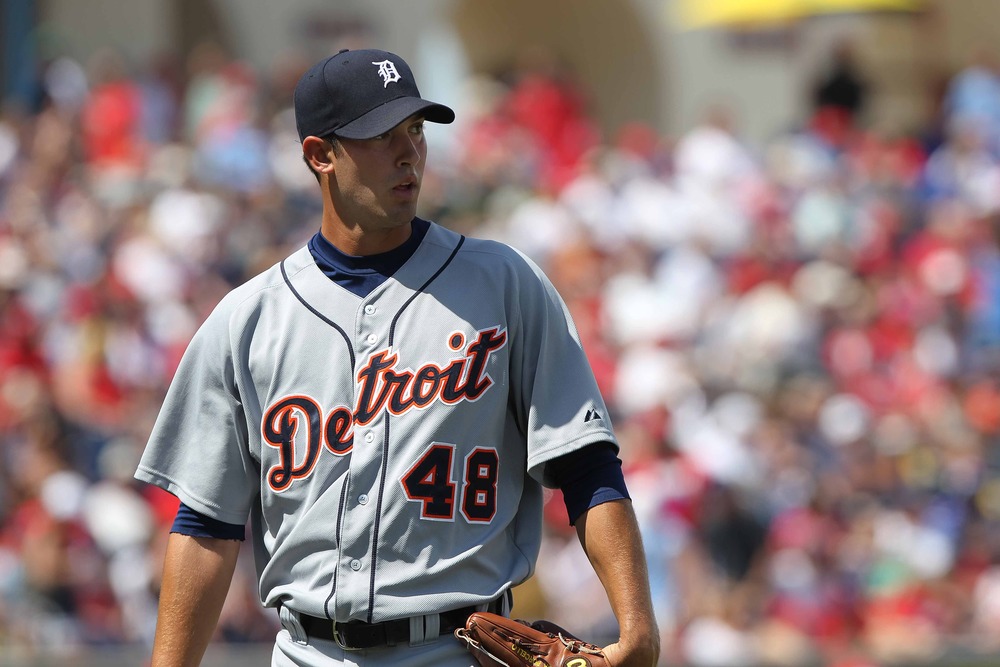 Porcello was once among the top pitching prospects in baseball, but he is in danger of losing his place in the rotation to another top prospect after four seasons of very middling performances. Porcello has a career ERA of 4.55 over 691 innings and the Tigers might be ready to move on.

Smyly showed some real promise in 99 innings and 18 starts last season, posting an ERA of 3.99 and strong 8.5 K/9 and 3.0 BB/9 rates. The Tigers are rumored to be shopping Porcello to free Smyly (and to help their bullpen) but if they can’t find a taker for Porcello, Smyly might have to start the year in the bullpen or in simply because he has options. 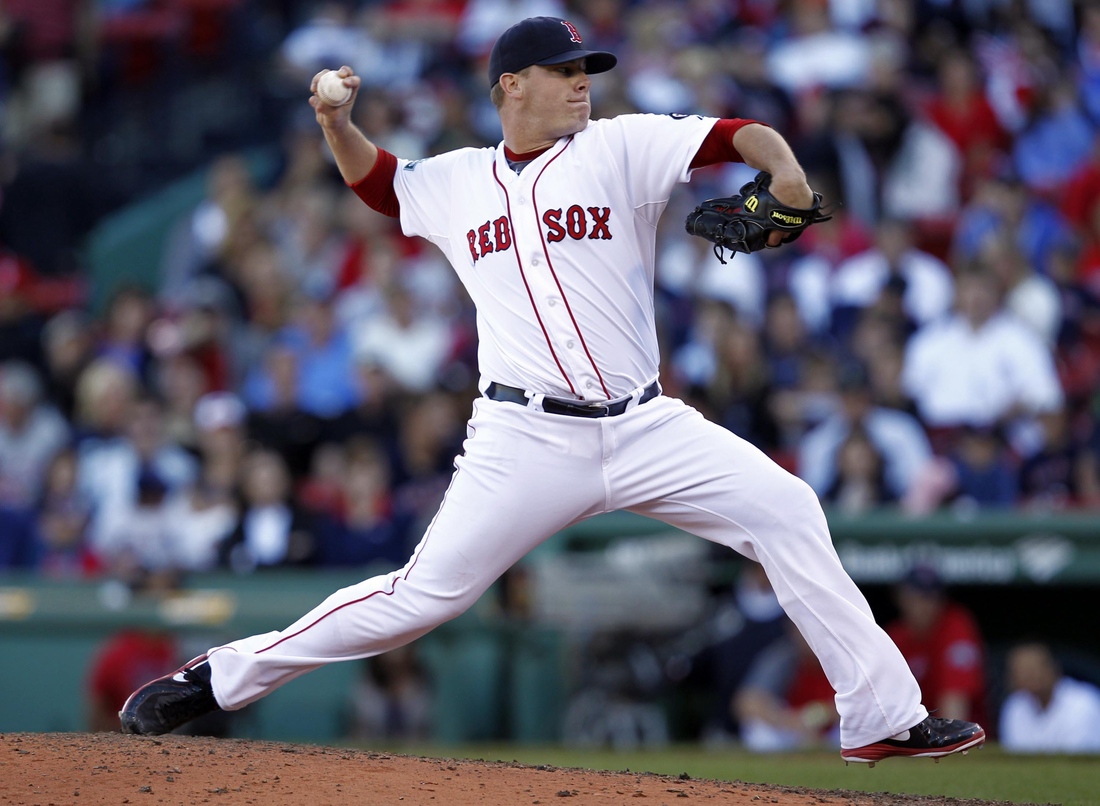 With the newly acquired Joel Hanrahan locked in at closer, the Red Sox setup man role is up for grabs. Bailey missed more than half of the season last year with a thumb injury and he was not sharp in his return, posting a 7.04 ERA over 15 innings. He is not that far removed from his days as a dominant closer, however, and if is healthy and ready for the 2013 season, he and Hanrahan could combine for a very effective one-two punch at the end of games.

Bailey will have to beat out 2012’s breakout star, Junichi Tazawa, however. The 26 year old Japanese pitcher came up through the Red Sox system as a starter before Tommy John surgery cost him the 2010 season. He took to relief work instantly upon his return and posted a 1.43 ERA in 44 innings last year He also backed that ERA up with some gaudy peripheral numbers; he whiffed 9.2 per nine while walking just one.

Aceves, last season’s makeshift closer, will also get a shot, but he is better suited to long relief and his attitude problems have him on thin ice with John Farrell and his staff already. After some initial success closing, he imploded completely and ended up with a 5.36 ERA and 8 blown saves in 33 chances last year. His success during the 2011 season, when he pitched 114 innings with a 2.61 ERA, came as a swing man, pitching in spots starts and extended relief outings. That is the role that Farrell will probably steer him towards this season.

Finally, there is Daniel Bard. Prior to a disastrous attempt at converting to the rotation, Bard was one of the best setup men in the game. His velocity has returned to him this spring after dropping dramatically last year, but he needs to show his command is back as well before he can compete with the likes of Bailey and Tazawa. 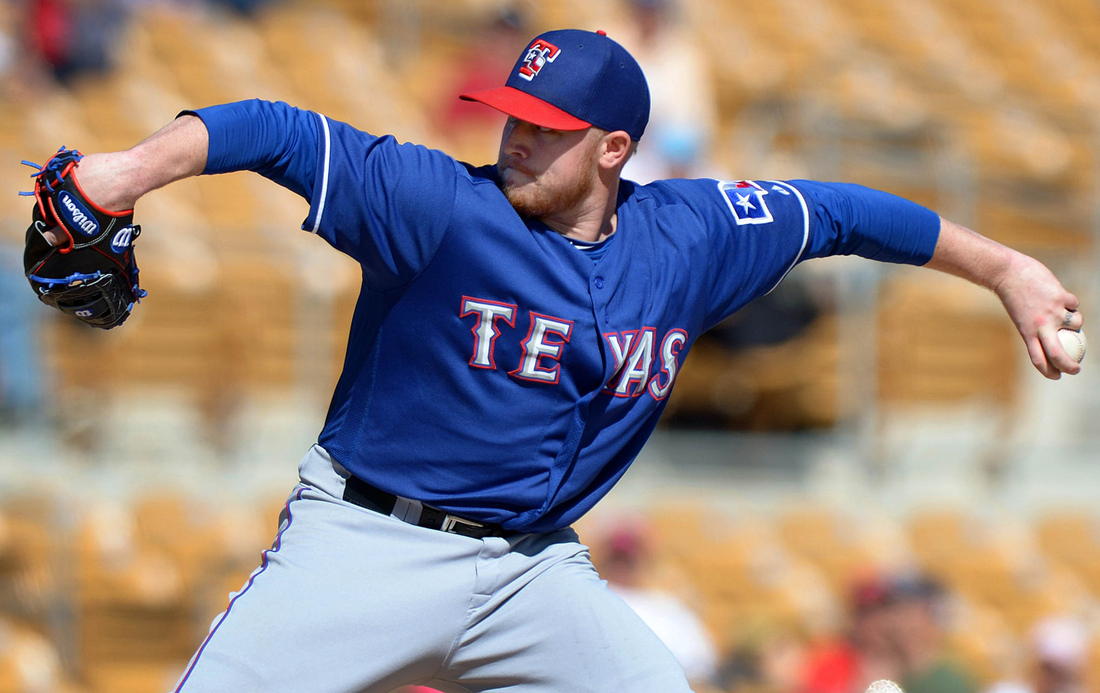 This had been three-way battle for the Rangers final rotation spot between Martin Perez, Justin Grimm and Kyle McClellan, but Perez broke his arm, Grimm has struggled and McClellan is still unable to take the mound thanks to lingering back and shoulder issues. Rumors about signing Kyle Lohse have circulated, but it seems that they are still looking to fill the spot in-house. As a result, two under-the radar options have seized the opportunity and become the front runners.

Ross is 23 years old and he got his first taste of the show last season, pitching 65 innings in relief with a 2.22 ERA. He came up through the Rangers system as starter, however, and he displayed a good deal of promise as a minor leaguer, using his plus-command and groundball ability to post a 2.88 ERA over three minor league seasons.

Tepesch, 24, is another plus-control guy with ground ball abilities, but he is more of a surprise candidate that Ross, if only because he has not yet pitched above AA. In five innings this spring, he has been very good so far. He has struck out five and walked none while allowing just one run on four hits. He may be a long shot to win the good, but he making the most of the chance so far.

Grimm, 24, has a been solid in his two years in the minors at to this point, but he was eminently hittable in his brief 14 inning-stint at the major league level last year. Like Ross and Tepesch, he has shown good control as he progressed up the minor-league ladder and if he can miss as many bats at the major league level, he could be the best of this group. However, his spring training has not gone well so far; he has an 18.69 ERA in 4+ innings of work with ten hits and two home runs to his name. His control has not been there either to so far and without he cannot hope to make the rotation out of camp. 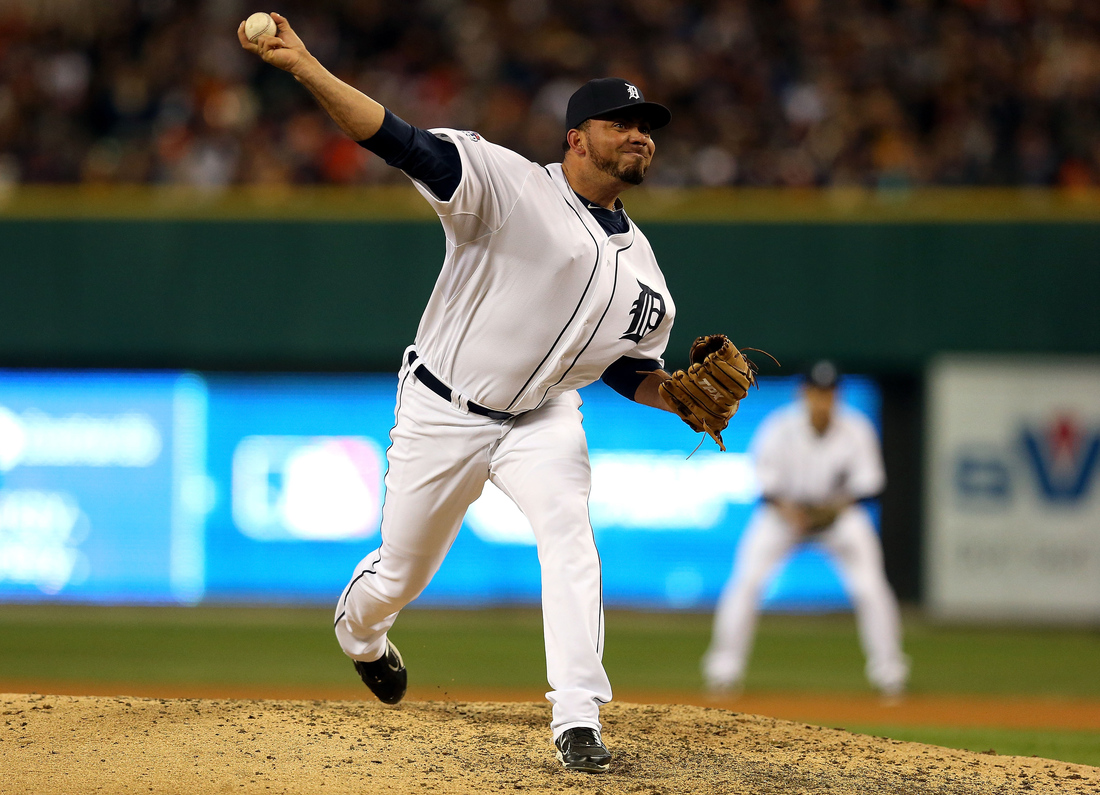 This was never supposed to be a battle. Rondon was supposed to blow everyone away with his 100 mph heater and take the job faster than you can say "Big Mac." That is the way things were drawn up by Dave Dombrowski over the off-season. 3 2/3 innings into Spring Training, Jim Leyland is already looking for another option. Rondon has walked five in that span and given up three hits, including one home run. He has struck out six as well, but that isn’t nearly enough to compensate for his lack of control.

Coke could be seen as the obvious internal solution after his work in the post-season last year. When Jose Valverde struggled in the post-season, Coke stepped in to record two important saves in the ALCS. The lefty has not been dominant in his career, however, and his splits make him better suited for LOOGY work.

Benoit has the stuff to close and some experience, but he has been the Tigers workhorse out of the bullpen and moving him to the closer’s role will mean more innings falling to lesser pitchers. 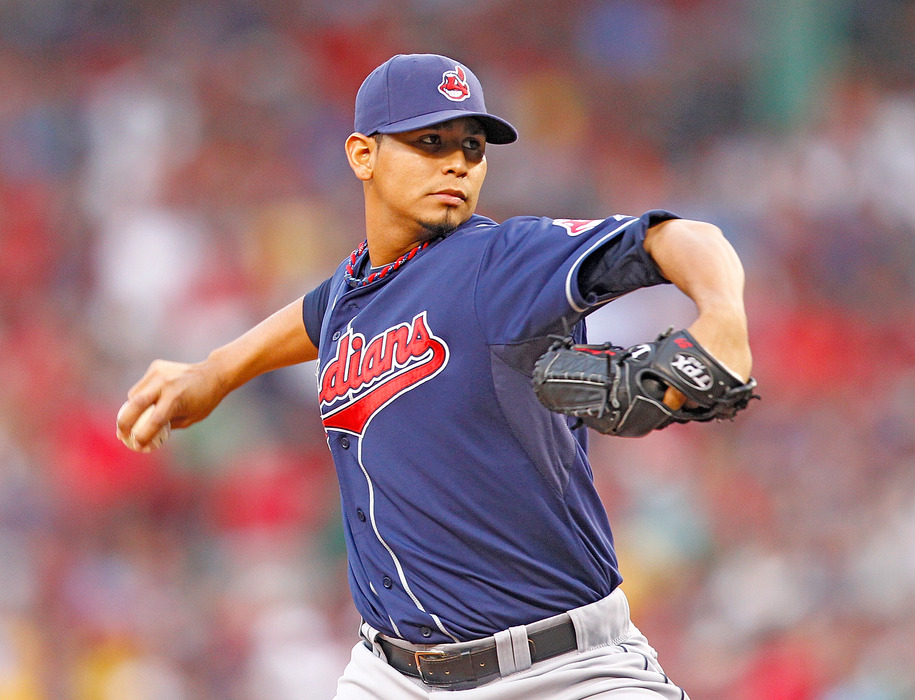 Trevor Bauer is no stranger to battles. Unfortunately, for Bauer and for us, this one will not involve two turntables and a microphone, but rather pitching performance. Bauer was the third overall pick in the 2011 draft and he is currently the 17th ranked prospect in baseball according to Baseball , but he has baggage. Baggage he raps about. He also has very little major league success to interject into his rhymes. He made four starts for last year and put up a 6.06 ERA in them. was able to land him in large part because had grown frustrated with him. He has shown great strikeout ability in the minors, but he has walked a lot of batters and his nibbling approach on the mound has even drawn comparisons to Daisuke Matsuzaka. For all his talent, Bauer has real issues with his game and he could probably benefit from more experience.

Carrasco is coming back from Tommy John surgery and the 25 year old represents a less exciting, but possibly more reliable alternative to Bauer if he is now healthy. He got a brief look in 2009 and struggled in five starts with the Indians. Then in 2010, he showed some real promise with a 3.83 ERA in 44 2/3 innings and seven starts, with respectable strikeout and walk rates and an eye catching 56.8% ground ball rate to back that ERA up. He made 21 starts in 2011 and while his control was still good, he couldn’t carry an average strikeout rate or his strong ground ball numbers over the larger sample and his 4.62 ERA reflected that. His early spring training results have not been good, but given all the time he has missed, he may improve quickly as he gets back into game-ready form.

Finally, Scott Kazmir may seem ancient at this point, but the former Rays ace is just 29 years old and not so far removed from the days when he would routinely strikeout more than a hitter an inning. Between then and now, the lefty has fallen off quite dramatically, however. Last season, he could not find a major league team willing to give him a shot and ended up playing independent baseball. He wasn’t much even in the Indy leagues, with a 5.34 ERA for the Sugar Land Skeeters over 64 innings. Injuries have been the issue with Kazmir and it is quite possible that he has not been fully healthy since sometime in 2009. Before he signed with Cleveland, there were reports that a number of teams were interested in him and that his velocity was back into the mid-nineties range. With four strikeouts in four spring training innings, the early results could not be better for Kazmir.