Forget about that east coast bias for a minute and come out west. There are prospects trying to make the big league club, surgery preventing tournament play, and a veteran closer looking for a job.

Since 1998, the National League West has had six World Series representatives. Without checking Baseball Reference, can you name them all? How about the NL West teams to win the whole thing since 1998? That list is much smaller.

While the division may not be the picture of consistency that the American League East might be, the NL West has plenty of talent. The division includes some of the game's best and is sure to provide countless hours of entertainment. Here's your NL West news and notes:

Yasiel Puig is still trying to fight his way onto the 25-man roster. As spring training has progressed, we have been given some insight into what may be holding the Cuban defector back. According to Bill Plunkett of the Orange County Register, Don Mattingly thinks Puig needs to be more focused and needs more teaching.

Mattingly's comments come after the 22-year old showed some flaws in the field and on the base paths. Puig didn't throw a ball in hard from the outfield and ultimately cost his team a run, and he was slow on the base paths when he could have possibly shown some hustle and beat a play out. These are the things that leave lasting impressions, but Mattingly seems patient and willing to teach the prospect.

"That's one of those things where he's just kind of got to get that in. It's part of him (learning) - like the other day trying to go to second on a sacrifice. We haven't seen him do that since."

Delicate balance of the new Dodgers 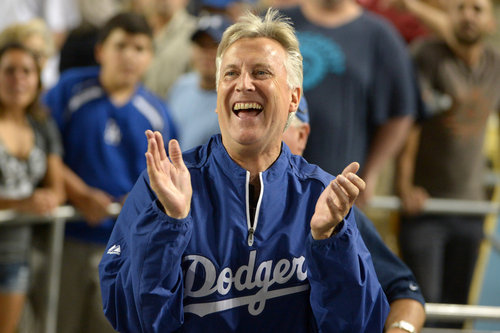 Can the Dodgers' ownership group find a balance between baseball and business?

The Dodgers paid Puig handsomely for his future services. When Puig was able to officially be signed, the Dodgers stepped up and gave him a seven-year $42 million deal. Puig is not a highly-touted prospect, but he figures to be a productive Major Leaguer once he reaches the bigs.

We've had a flurry of injuries preventing players from playing in the World Baseball Classic. However, this is a first. Javy Guerra was ruled ineligible to participate in the WBC for Team Mexico because of offseason surgery he underwent. He is fully recovered from the surgery, but the rules prevent him from playing.

"Sometimes God's plans aren't easily understood. Won't be playing in the WBC tomorrow (not my decision)," Guerra said. "Going back to the Dodgers spring training. He has a plan bigger than I'll ever understand. Big shout out to the boys in Green and let's take care of business."

Guerra can at least continue participating in spring training with the Dodgers. However, he will have to watch his native team of Mexico play without him.

Remember when Brian Wilson was the hottest thing? That didn't last. It's amazing how quick a second Tommy John surgery can turn teams off. The San Francisco Giants granted Wilson free agency this offseason, and he has struggled to find a team willing to sing him.

Now, Wilson will not sign until after the season starts. While some teams have shown interest, there has not been enough interest for Wilson to have a real shot at jointing a team during spring. Wilson says the decision is his. He doesn't want to sign with a team until he is 100 percent healthy. However, earlier in the offseason it seemed Wilson was willing to sign with whatever team wanted him. Even the Giants were a possibility (and they still might be).

Scott Miller of CBS Sports says Wilson has indicated he is only 80-85 percent healthy. He could likely pitch by Opening Day, but he would be doing so at less than 100 percent. This is something both Wilson and whatever prospective team he signs with don't want.