Today we have the lowdown on the latest Yankees' injury woes, the Rangers finding their back-end rotation help, and the Tigers turning up the heat in their search for a closer. Also, the ChiSox are looking to lock up their ace, The Beard is hitting the pause button, and a young prospect is forced to retire.

1. The New York Yankees took another big hit yesterday. The club learned that first baseman Mark Teixeira's strained right wrist will sideline him for eight to 10 weeks, putting the veteran slugger out until at least May. 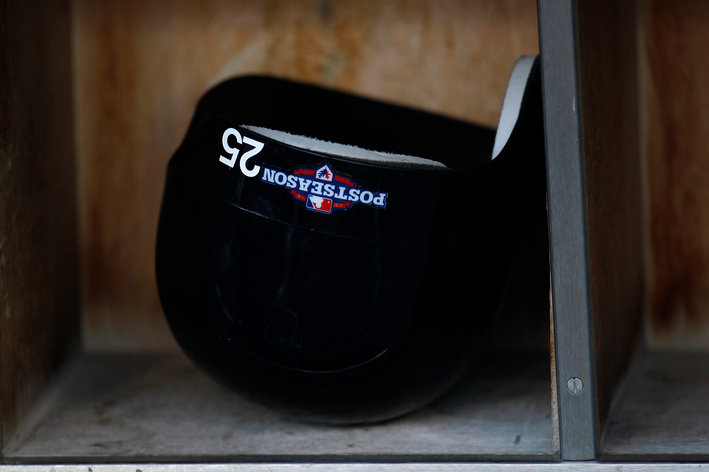 This is getting out of hand.

Already in a bind because of Curtis Granderson's broken arm, the Bombers now have to survey a pretty bleak corner infield market for help to get them through the first few months of the season.

Our own Steph Bee laid the Yanks' most reasonable options on the table in fine detail yesterday... and suffice to say things are not looking too good for New York. Of all the plans the Yankees had on the board this winter, I highly doubt they expected to be writing Juan Rivera, Eduardo Nunez and/or Matt Diaz into the Opening Day lineup. It's not necessarily a doomsday scenario for the club -- Granderson and Teixeira aren't missing the whole season, after all -- but it's certainly not a great start.

2. The Texas Rangers pretty much closed the book on Kyle Lohse yesterday, signing veteran ground-ball maven Derek Lowe to a minor-league contract. The right-hander is essentially a lock to make the big-league club out of camp -- and will make $1.25 million if/when he does -- as he can serve as a swing man and as a sort of insurance policy for the No. 5 spot in the rotation if the young guys like Robbie Ross and Justin Grimm prove overmatched. Poor Kyle Lohse.

3. The Tigers have turned up the heat in their search for a closer, and may have one extra name on their list after Wednesday. The Braves are reportedly willing to listen in on left-hander Jonny Venters, which could give Detroit a much younger, cheaper, and healthier option to handle closer duties than Andrew Bailey or Carlos Marmol -- who may be less available than thought. I'm still of the mind that the Tigers are overreacting to Bruce Rondon's early-spring struggles, but if they could land Venters in a trade for, say, Rick Porcello or Brennan Boesch, then I think it'd actually be worth their while. Venters demonstrated last year that he's a little bit human -- unlike Craig Kimbrel -- but he's still a huge asset to have.

1. The Chicago White Sox have opened contract extension discussions with young left-hander Chris Sale. For some reason, I don't really have an opinion on this one. Sale is a solid pitcher, but you never really know when someone's arm is going to up and fall off.

2. It doesn't look like Brian Wilson will be signing anywhere before Opening Day. The right-hander doesn't want to latch on with a team until he's 100 percent, and that may not happen for some time.

3. Some sad news out of Red Sox Nation. Young pitching prospect Ryan Westmoreland has voluntarily retired from baseball at just 22 years old because of neurological complications that arose following brain surgery last year. Our thoughts and prayers go out to Westmoreland and his family, and hope that he is able to live a long, healthy, happy life.