Chicago has locked up their young ace for five years and $32.5 million guaranteed, with two option years on the end that could take the contract up to $58.5 million.

The Chicago White Sox have made quick work of negotiating a contract extension with left-hander Chris Sale. Just a day removed from the initial rumors that discussions were even taking place, the White Sox have locked up the youngster on a five-year, $32.5 million deal with club options for the 2018 and 2019 seasons, the team has announced:

All told the extension could pay Sale as much as $58.5 million over the next seven seasons. The extension obviously voids the $600,000 salary for 2013 that Sale and the Sox agreed to earlier this winter.

The soon-to-be 24-year-old is entering his final year as a pre-arbitration player, so -- assuming that Chicago will exercise both club options -- Sale will remain on the South Side through what would have been his first three seasons of free-agent eligibility. Depending on what happens over the next five to seven years, Sale may enter the free-agent market at either age 28, 29, or 30. 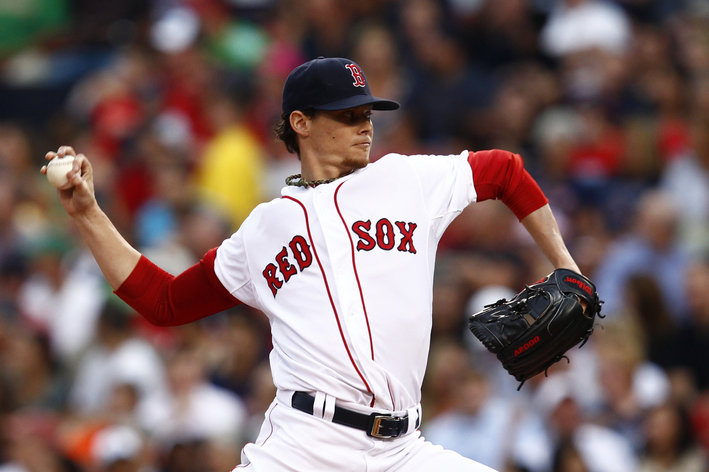 The contracts of recently extended pitchers offer clues on what kind of commitment is required to lock up the lanky lefty.

After two strong seasons in the Chicago bullpen, Sale made the worrisome transition (see: Neftali Feliz, Daniel Bard) to full-time starter last season and thrived in the role. The southpaw posted a 3.05 ERA and exactly 9.0 K/9 rate in 192 innings over 29 starts, earning his first All-Star bid in the process.

Sale had never thrown more than 71 innings in any one season prior to 2012, which may be a reason his numbers declined some as the season progressed. The left-hander was not as lights-out after the All-Star break, putting up a 4.03 ERA in his final 14 starts (NB: he was not helped any by a .331 BABIP-against in that span) .