Holy hell, it's Friday again. How did that happen?

Today we take a look at a potentially great deal for the South Siders, the Cardinals losing their second player for 2013, and Mariano Rivera making his swan song official. Also, the Yankees are exploring all options at first base, the Orioles are looking at stray Dodgers, and Brett Lawrie is sidelined (again).

1. The White Sox and young left-hander Chris Sale agreed to a five-year, $32.5 million contract extension yesterday that includes two option years that could take the deal through the 2019 season (for an extra $26 MM). Long pitching contracts are always risky, and they seem especially so for a soon-to-be 24-year-old guy who's thrown over 100 innings just once in his short career. There's definitely a chance that this deal ends up being a massive steal for the White Sox, but I'm not convinced that it outweighs the probability that he'll go down with an elbow or shoulder mishap and make the deal not so great. With this kind of thing there are always a bunch of "known unknowns," and at this point it's probably safe to laud Chicago for what will be a fantastic deal... if it all goes according to plan. That's potentially a really big if though.

2. So much for Rafael Furcal's elbow being "completely healed" after a few months of rehab. The Cardinals' veteran shortstop went to visit Mr. Tommy John himself on Wednesday -- Dr. James Andrews... not actually Tommy John -- so perhaps the writing should have been on the wall that whatever happened in that meeting would not be good. Furcal was told that he needs to undergo the TJ procedure and will likely miss 2013 in its entirety. Coming to the end of his two-year contract with the Cards -- and approaching 36 years of age -- Furcal may have some difficulty getting back on his feet once he gets through the recovery process in the fall. I don't think this necessarily spells the end for Furcal's career, but he's definitely done as a starting shortstop.

3. Mariano Rivera will make his post-2013 retirement official at 10 a.m. ET on Saturday in a press conference. It's been assumed for quite some time that the coming season would be Rivera's swan song, but now teams can really start pulling out all the stops for a season that will essentially be Mo's farewell tour (No word if Bernie Williams plans to open for Mo). I was a big fan of the send-offs that Chipper Jones go last year when the Braves went on road trips, so I hope that Rivera gets the same treatment. It's too bad, though, that other deserving guys like Jim Thome just fade away.

1. The Yankees are sifting through the scrap heap to find any sort of deal they can get for a first baseman. Nothing seems to be off the table at this point, which means that everyone from Tyler Colvin to Carlos Lee to Russ Canzler are potential fits. "Fit" may be a strong word.

2. The Dodgers still need to get rid of starting pitchers, and the Orioles might just be their Huckleberry. The O's have been scouting Aaron Harang, Ted Lilly, and Chris Capuano, so a deal will potentially come down to which guy the Dodgers feel like sending away.

3. Brett Lawrie strained a rib Wednesday while playing for Team Canada in a WBC exhibition match and will be sidelined two to three weeks as a result. The Blue Jays third baseman missed a month late last year with a similar trunk injury so it may be some cause for concern.

Today's lovely Friday-morning dose of WTF comes from outer space. Scientists have been a bit perplexed, it seems, by a star in the Milky Way galaxy that they have dated as being older then the universe itself, which seems... hard to do. Apparently they zigged while calculating the parallax when they should have zagged. 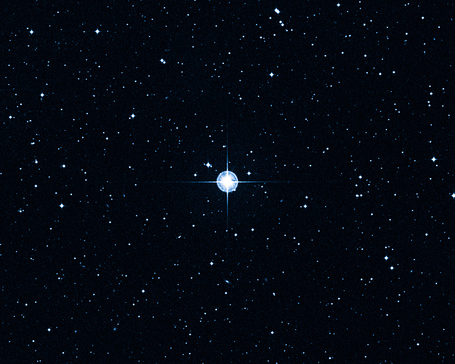 Astronomers recently had a go at undoing the paradox they mathed themselves into, using the Hubble Telescope for help. Their new calculations revealed that the star may actually be about 14.5 billion years old, which... is still older than everything.

Luckily (?) for the astronomers, the standard margin of error on their calculations was roughly 800 billion years (LOL), so it does fall within the realm of possibility on one end of the spectrum.

If you could travel to anywhere in the universe (and not die), where would you go?